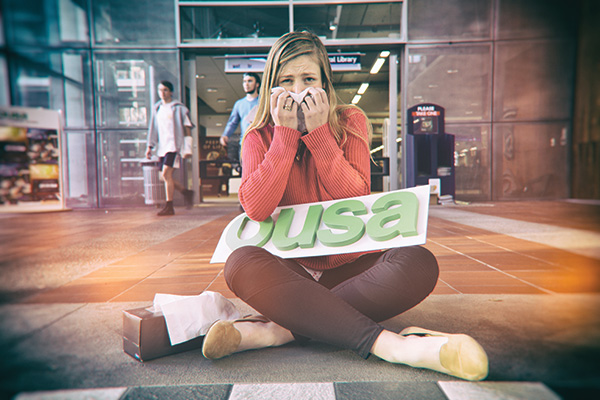 Reason before emotion, or reasonable emotion?

If there’s one thing I’ve learnt this year, it’s that student politics can be fraught with emotion and personal agendas. The OUSA Executive meetings have often been multi-hour affairs and are frequently punctuated with emotion, interruptions and largely inefficient discussion points. While the group could undeniably be an incredibly strong one, their lack of order when it comes to meetings has revealed that they may need more ordering around than would be expected.

Last week’s Executive meeting offered a prime example of personal sentiment getting in the way of procedure and preparation. An item introduced by Nali, which was not included in the agenda, lead to a drawn-out and emotionally fuelled conversation. The meeting was eventually moved into Committee of the Whole due to the sensitivity of the issue. Few on the Executive were well read on the issue and what ensued was a less than subdued, and rather circular, emotional discussion. Despite not being included in the agenda, except maybe a personal one, it appeared Nali still had the time to lobby her fellow Exec prior to the meeting in order to garner their support for her position.

While I’m not denying that there should be room for debate in an Executive meeting, the real issue is the amount of time wasted and lack of progress made in meetings solely because of ill-prepared items and emotion taking preference over reason. Such meetings should be a time to give reasoned opinions on live issues, not give emotional pleas on ongoing and uninformed issues. Dramatic declarations that “I’m about to cry,” and the inclusion of under-prepared agenda items, like speaking about reports that aren’t included in the minutes, have left meetings haphazard.

And with each Executive meeting comes an air of distrust regarding Critic and a fear of what we might publish when reporting on the Executive’s activities. As one of the key groups that hold the Executive accountable for their actions, and informing the student populace of their goings-on, surely Critic’s involvement should be embraced, not pushed away. Maybe it’s me. Maybe I just have a genuine air of being untrustworthy. But, truly, I’m a firm believer in accountability, and particularly for those in positions of power and responsibility.

Admittedly, I sometimes relish in the sweet stupidity of some of the comments the Executive make; whether it be Henri declaring he has never found anything tough in life, or Nick “frothing” over something. But that’s the type of comment that lends itself to light-heartedness. I’m all for lightening the mood and having a bit of fun. However, when enthusiasm for a cause becomes emotively driven ego tickling, I’m less sympathetic. There is a time and a place to be professional, and if professionalism is lost in a governance meeting, then how can any democratic and well-reasoned issues be dealt with?

The Oxford Dictionary defines emotion as the “instinctive or intuitive feeling as distinguished from reasoning or knowledge.” And there’s my point right there. If the distinguishing definition of reason means “the power of the mind to think, understand and form judgments logically,” then surely progressive meetings are only complicated when emotion surpasses reason.

Ruby is certainly keen to let the executive meetings run in a fairly balanced manner by letting people speak their mind, and I commend her for that. But there shouldn’t be hesitation to allocate speaking rights or move on from a matter where no more progress will be made. Here’s hoping the Executive’s roundtable of sentiments will transform into a round table of composure before too long.