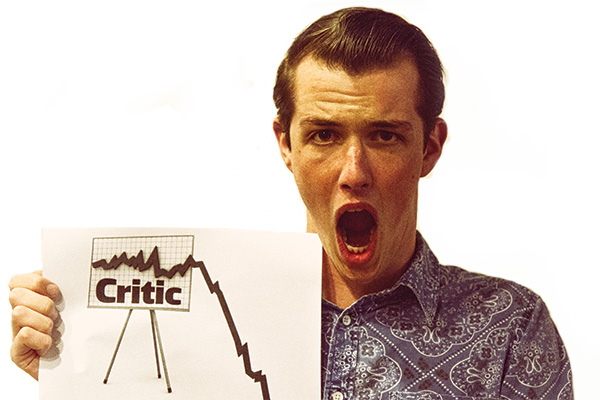 Checking in with ourselves

With the OUSA survey results published last week, now seems as good a time as any for Critic to respond to feedback and step back to reassess our efforts.

Our feedback was positive overall; we came in as OUSA’s second-most satisfying service and second-most used service, beaten by Events in both. One thing that struck me more than anything else, however, was that many respondents were complaining about issues with Critic from last year. While this is understandable due to the survey only being undertaken annually, it puts Critic in a tough position due to our editorial stance often changing from year to year. As such, the vast majority of issues highlighted were identified at the time, and this year Critic has taken extreme care to address them. Unfortunately, yes, we do have a history of coming up foul against issues as varied as sexism, general tastelessness, and attacks on specific student groups. I know there’s plenty more, too. But let me assure you that this criticism has been taken on board; I am proud and confident that we have gone to great lengths to amend this reputation. If anything, none of us here want to be associated with such crap.

There are other misconceptions that, to the best of my knowledge, are based on perception rather than history. Maybe it’s because of our elevated office, but one myth that has withstood the test of time is the feeling that there is a superiority complex and exclusivity within student media. This is unfortunate, for the opposite is true. As outlined in Critic’s responses to the survey, the vast majority of our publication is built on the tireless efforts and ideas of our volunteer contributors, and we offer various opportunities to anyone who expresses interest. Although we aim to maintain the magazine to a high journalistic standard, which may see articles judged unfit for publication, this year has also seen us begin the rollout of a volunteer development programme. This is open for anyone to participate in and incorporates guest speakers, media law training and skills workshops. Our section editors will also always be welcoming of new contributors and actively give feedback whenever it is required or requested.

It was disappointing to also have a large amount of non-specific and, frankly, incredibly unhelpful feedback. Saying that we suck is all well and good, and you may have a point, but unfortunately it’s very difficult to even acknowledge the point unless it’s justified. Media, and particularly that produced for a small target demographic such as student media, is a vital element of our democratic system. We are both a mouthpiece and information source for the students of Otago – we’re by you and for you, or any other clichés you’d prefer to throw at it. As such, feedback from our readers is vital, and the way you can do that is by writing us letters to be published at the back of the magazine. Unless they’re distasteful or defamatory, we more or less publish all of them; it’s a tool not only to give us feedback, but also to hold us accountable and start conversations about the content within these pages.

As for the other points: no, unfortunately we have no practical way to publish Love is Blind more than once per week; no, we’re not going to introduce puzzles - there are plenty of apps for that; and no, having an office cat is too much work.

Oh! I almost forgot. To those of you who want a new editor? Hold on tight, you’re almost halfway through already.