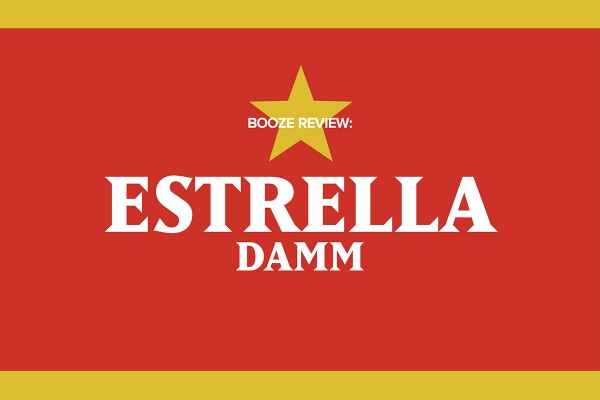 Estrella is a beer like no other – except every other beer in Europe. It is Spanish, it is mild like the Mediterranean climate, and for some reason every bottle is shaped like a wine bottle – probably to deceive the Spanish to believe they are still drinking a grape-based beverage. Despite its distinctive appearance, it manages to still be utterly unremarkable. Beneath its exotic disguise, Estrella is really just another low-tier foreign beer that is shipped to Aotearoa in a last-ditch effort to get rid of it.

The number of beers that are exported to NZ as ‘exotic foreign beers’ that are widely regarded as shit in their home countries and continents is a little bit unbelievable. Estrella is one such beer. It has a terrible reputation in Europe for being a low-brow beer only drunk by the desperate, so instead of trying to improve their beer, Estrella just decided to ship it as far away as humanly possible.

Imagine if instead of punishing ourselves by keeping beverages like Tui around, we just exported them to Europe and marketed them as antipodean. It would benefit everyone in Aotearoa. In fact, DB, please just start exporting Tui straight to Europe as an overpriced piece of shit beer, or down to Antarctica where the tasteless American researchers reportedly froth it. You’ll make more money and save hard-working New Zealanders the embarrassment of drinking Tui or being exposed to those that do.

In all fairness Estrella actually tastes alright: not too sweet, not too carby, very light and smooth. They are only 4.6%, which is why you can buy a box for $20. That puts them at 1.4 dollars per standard which is a reasonable price with inflation considered. Skullability is average, and you’ll probably want to pour them into another vessel before consuming large quantities.

In summary, the next time you see a beer in a store and think “Hey! That must be a classy beer, it’s from Europe”, just pause and think a minute on what a beer like Estrella must have gone through to get here. For a box of Estrella to get here, considering we are literally the furthest place away from Spain on the entire planet, everyone else in the entire world must have refused to buy it. Estrella may even be the Tui equivalent of Europe, and although it actually tastes alright, that thought has forever ruined the beverage for me.