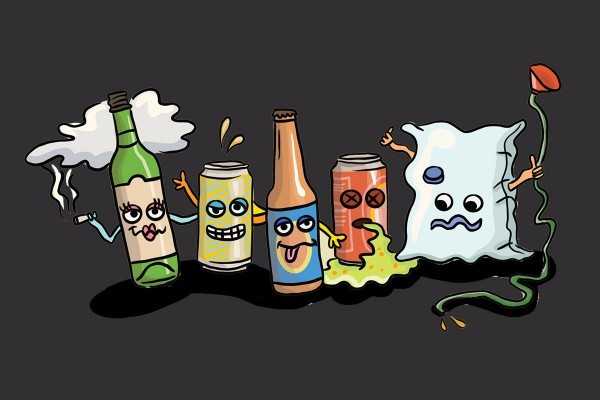 New Fizzliss Drink is the Shit, not the Shits

Fizzliss, an RTD company run by Otago grads, has renewed their lineup, improving their original flavour and introducing a brand new one. They hope that this will make a fresh start for the company, after their first RTD release last year produced some rather hilarious controversy.

When Fizzliss first hit the market last year, the hype around their brand-new, gas-free and immensely chuggable RTD was marred by rumours about the laxative effect of their drink. Max, co-founder of Fizzliss, explained that it was caused by a combination of poor breatha diets and too much fruit concentrate: “We tested it out to make sure everyone liked it but it didn’t really cross our minds to test it out by drinking a whole lot of it. We got too excited to release it and there was just too much cranberry concentrate and apple juice concentrate. Both of them just went straight through you like a brick.”

The now-resolved issue was mainly limited to Dunedin, he explained: “In Auckland we didn’t really have any problems. It must have been the Dunedin diet, if you're eating Mi Goreng all week and then you suddenly have a huge amount of fruit concentrate, it's not going to end well.” They moved fast, tweaking their recipe to fix the problem.

According to Max, “We definitely got some shit for it, pun not intended. The negative press and the pandemic definitely made it hard to get stores on our side.” The new recipes, he said, were “professionally developed this time… there won’t be the same problem”. But he reassured students that Fizzliss would stick to their strengths: “We’ve made sure we’ve kept the calories down and it’s [still] all natural.”

Fizzliss have revised their original Cranberry RTD and introduced a brand new flavour: Pineapple and Passionfruit, which is apparently so popular that we couldn’t find it in stock near campus. Co-founder Max told Critic Te Arohi that “our entire philosophy from the start has been trying to suss out an RTD that actually tastes good and is affordable… Most RTDs just taste like soda water with a few water drops and maybe a teaspoon of Raro.”

Now based in Auckland, Max and his partner Zac have been putting their blood, sweat and tears into his company: “We just did a massive South Island trip in a minivan, hitting every store in sight to promote our drink. We have a distributor now so we’re not managing deliveries, which meant we could go all over the show; we slept in the minivan most nights.”

Because of all the hard work, Max was positive about the future of the company: “We're just trying to move it forward and put it in the past. We got enough capital back to get this next run going. We’re trying to show everyone that we’ve sorted it out, it’ll blow over.”