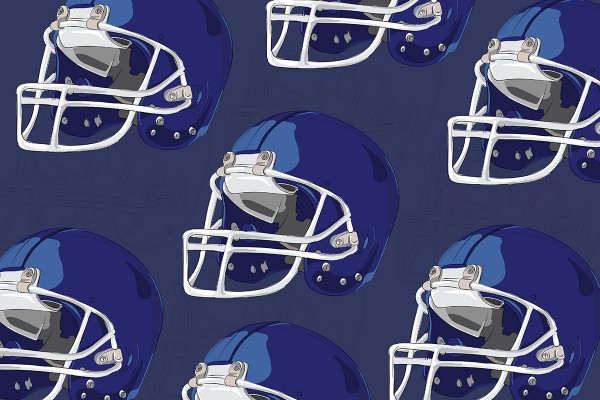 Next, they’ll be coming for our oil

Fans of American football, rejoice! A club has just been set up in Dunedin. They’re open to pretty much anyone who’s keen to play a bit of hand-egg , or chuck the ol’ pig-skin around, or whatever those Yanks say.

American Football Otago was established just a few weeks ago by a couple of mates, with the help of the New Zealand American Football Federation. They kicked off with their first-ever scrimmage day last Sunday, 21 March, at the North Ground (aka the Alhambra Union rugby club). Tom, the President of American Football Otago, said they’re “starting off with scrimmages of flag football,” but hope to grow it into “a league sort of thing - [depending] on how many people are interested”. If Facebook popularity is anything to go by, they’re off to a good start, with around 200 followers so far.

Growing up in Christchurch, Tom and his mates played in their flag football competition. According to him, it began with the simple thought: “Man this is heaps of fun, we should try to get this started in Dunedin.” All it took was a quick message to the governing body of (American) football in New Zealand, and before they knew it, they got instructions on how to set up games as well as a whole bunch of football gear.

For any aspiring jocks out there, all you need to play is a pair of rugby or soccer boots (well, “football,” if you’re a tea-sipping ponce). American Football Otago will supply all the other equipment. Tom says they will welcome “anyone who is willing to play, all skill levels, ages, genders. We just want to see people throwing the ball around and meet people who are like minded.”

The first Sunday scrimmage session will include a brief overview of the basic rules everyone needs to know to get playing. Later in the year, they’re looking towards a “national competition coming up…  hopefully we’re gonna build towards that”. If you’re looking for an entirely new personality trait, want to say things like “set HUT”, maybe knock a few brain cells around, or have always been jealous of frat stars, now is your chance. Hike!