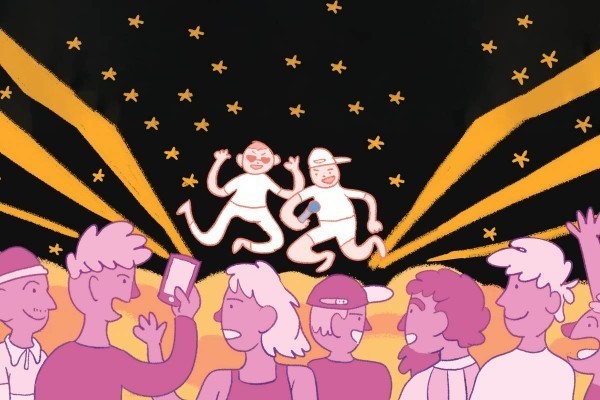 A Kate Bush flash mob, held in the Octagon on Saturday 17 July, was described as “euphoric” by student attendees. The Most Wuthering Heights Day Ever is an event held at locations around the world, where participants recreate the music video for musician Kate Bush's 1978 song Wuthering Heights. Dunedin is the world’s southernmost location to participate in the event.

Around sixty people of all ages, genders and abilities dressed up in Kate Bush’s iconic red fit and had a boogie together.

“Something about spinning around in a red dress with a bunch of other Kate Bush’s spinning around in red dresses made me feel elated,” said Jacinta, a student and self-proclaimed Bush-head. “I’ve never been so happy in my life. I felt like I understood why people join cults. We all understood each other and felt unified.”

“It’s everything I’ve ever wanted to do. I’m very excited to pay tribute. Kate Bush is sort of an icon. She means everything to me. She’s perfect.”

Dancing in public with friends was "healing” for Melita. “I feel like it was growth from a couple of years ago, when I was [dancing to Kate Bush] alone in my room crying from Uni stress.”

Mandy Mayhem-Bullock, who organised the event, described it as “wonderful”, and loved “the vibrancy and joy that the dancers bring.” It is the event’s third year in Dunedin and should reappear in 2022.

The event was a fundraiser for the charity WEKA (Wellness, Empathy, Kindness Aotearoa) which aims to raise funds and awareness of male mental health issues.