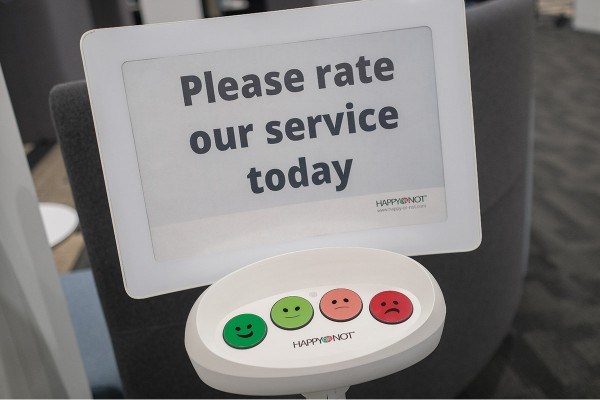 Students Angriest on Sunday, According to AskOtago Data

Critic requested the data from the AskOtago smiley kiosks for March 2019, March 2020, and March 2021. The data shows that responses have become more negative since 2019, but have recovered from a nadir in 2020 (unsurprising given the general mood in March 2020).

Students are twice as angry on average on Sundays, with 10% of people selecting the dark red angry option on Sundays. This trend is consistent in 2020 and 2021, but there was no clearly angry day of the week in 2019.

As well as Sundays, early in the morning and late at night are bad times for AskOtago customer satisfaction. At 7am, 33% of clicks are pale green, and the hours 6pm until 10pm have at least 8% of clicks dark red, sometimes as many as 13%. This could be because students late at night or at the hungover end of the week are more likely to take out their frustration on the HappyorNot Surveys.

The number of responses at the AskOtago kiosks in March greatly increased in 2021, jumping to 925 responses. In March 2020 there were 698 responses, although there were six fewer days in March where the kiosks were active thanks to lockdown beginning on 25 March. In March 2019 there were only 677 responses. Students increasingly enjoy clicking buttons.

There are 24 of the smiley kiosks, in cafes around the University, in the dining halls of every residential college owned by the University, one at Disability Information and Support, and two at AskOtago.

The kiosks in cafes around campus are intended to maintain quality of “customer service and food and beverage quality”, although the results from those kiosks were withheld on commercial grounds.

Those in the colleges are “used to monitor feedback each day on the quality of customer service and breakfast, lunch and dinner.” Apparently “this information can be used to modify menus or the food service.” But the information from the colleges was not provided to Critic, on the grounds that it does not exist. “The tablets are a real time survey tool and we do not save this data — the questions can be changed and the data reset from time to time,” the response from the University stated.

The HappyorNot kiosks are supplied to Otago under a 12 month contract from Push My Button LTD. The aim is to “measure customer satisfaction”. The contract provides the kiosks themselves as well as a back-end reporting service which seems to make lots of green and red pie charts. The data is transmitted via 3G to SurveyMonkey who presumably make the graphs.

The University refused to tell us how much they spent on these services. However, the contract specifies that if one of the kiosks breaks, the University needs to pay $500 for a replacement. No cost benefit analysis was undertaken before entering into the contract with Push My Button LTD, raising questions about the Uni’s fiscal management.