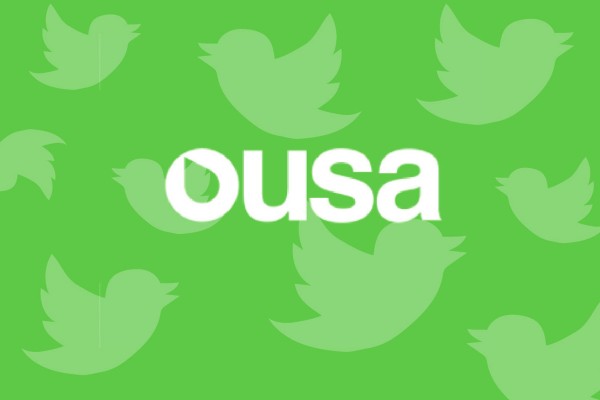 OUSA have an old Twitter account. Or do they? The handle is OtagoUniStudAss, a joke so bad that it seems like Critic came up with it. There are fifteen tweets in total.

The profile picture is someone jumping on a roof at the Hyde Street Party. They posted a photo of a burning couch in 2013.

The last post @OtagoUniStudAss made is about gigatown, a competition where Dunedin won citywide free wifi by using a hashtag a lot. The post was made on October 14, 2014.

There are only 15 tweets on the account in total, and they’re all bad. On July 12, 2012, the account posted: “you just can't trust bloody carnies…” Not sure what that means, but it feels offensive and like if it was OUSA, they should have been cancelled for it long ago.

“Today we have the CHCH Remembrance service for the Canterbury earthquake; 12.45-1pm outside OUSA offices on campus. All are welcome!” they posted after the Christchurch earthquake in 2012. Then, to follow up that serious tweet: “And next Thursday we'll have a remembrance for all those crushed and trampled at last night's @macklemore show. #THISISFUCKINGAWESOME”.

On May 6, 2013, the Stud Ass posted: “#nocomment”. It got one like. What happened that day? Why did they post such a vague hash tag? Were they hoping someone would ask them about it? I’m asking now. What happened? More pressingly, why did the account fall silent? What happened in 2014?

I reached out to Francisco Hernandez, who was the OUSA President in 2013, to ask whether he knew anything. “No haha I had no idea about this account until now,” he said. “It’s not an official one is it?” he wondered. He suggested I talk to Donna Jones, the OUSA Secretary, and she didn’t know about it either.

If it’s not official, many people have been duped. The account was first brought to Critic’s attention when Sarah Helm, the Director of the New Zealand Drug Foundation, tweeted at it to compliment Michaela Waite-Harvey’s recent submission on drug testing laws. The definitely official NZUSA Twitter has tagged it in posts, as have Green MP Gareth Hughes and Aaron Hawkins (pre-Mayoral term).

Anyone who has information about @OtagoUniStudAss, please contact critic@critic.co.nz. We need to know the truth.