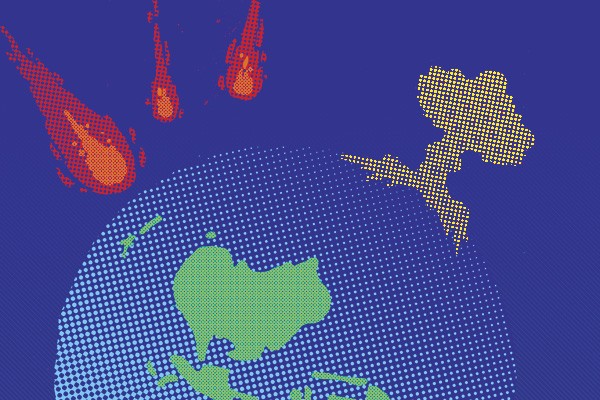 Last Wednesday, Hon Phil Twyford gave a lecture on disarmament in Archway Two. It was mostly attended by politics nerds and mature students. Twyford is the Government's Minister of Disarmament and Arms Control.

Twyford spent most of the time talking about his work to stop “killer robots”. He said that while the government was in principle opposed to all autonomous weapons, in reality a compromise had to be made, although he did note that there is “a line which shouldn’t be crossed.” Critic hopes that the Government get the line right, for all our sakes. Killer robots don’t sound nice.

After his speech about killer robots and international plans, Critic asked him a question about how he will work towards “disarmament” here in New Zealand. Twyford defensively replied that “my role is purely international ... the military is an important part of New Zealand’s place in the world ... There’s no thinking going on that challenges those military fundamentals.”

Professor Richard Jackson, Director of Otago’s National Centre for Peace and Conflict Studies, slammed Twyford for his refusal to talk about NZ’s military. Jackson said it was “disappointing that despite the irrelevance of military forces in providing security from the threat of climate change, pandemics and terrorism, and despite the high social costs of maintaining a military, there is no serious discussion within the current government of moving towards a more progressive security structure which doesn’t rely on an old Cold War military paradigm.”

Critic decided that was academic speak for “wtf haven't you got rid of the military already?” which is a fair question.