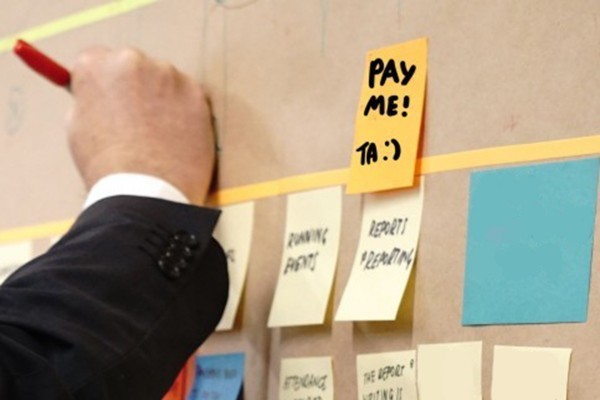 Tutes and Dems Plead Poverty, But Will It Fall Upon DEAF EARS From RUTHLESS NEOLIBERAL UNIVERSITY?

Strong fiscal management felt more like “a shot to the nuts with a straight up taser:” a brave CELS420 demonstrator BREAKS HIS SILENCE

The Otago Tutors and Demonstrators Network has collected a lot of data. It found a lot of things — namely that most tutes and dems think they aren’t paid enough.

The Uni changed the payscale for these positions, so pay now depends on commitment to the paper, not prior experience or qualifications. Tutes and Dems in their first year of experience were most likely to say that these changes were “probably good” (27%), but that could be because they don’t know any other options. But tutes and dems who had been in the system for at least a year were sure that these changes were “definitely a bad thing” (47%).

Lots of people didn’t even hear the news about changes to their own pay. About a third of people heard about the change from their department or HR, and the rest heard from announcements made by the people who made this survey, or read it in Critic Te Arohi (hey, that’s us!)

Data suggested that tutes and dems end up working for free a lot of the time, which comes as a surprise to absolutely nobody who has held these positions. Only 35% of tutes and dems got paid for all the prep work required to be an effective educator. This is stuff like reading the papers that you’re meant to help explain. Critic suggests that they just don’t read these papers, because it’s not like their students are reading them either. 5% of tutors and demonstrators straight up didn’t get paid at all for their prep work.

The resounding majority (85%) of tutes and dems thought that the minimum pay rate ought to be a living wage, which it is not. Currently, any tutor or demonstrator making minimum wage who does extra work is technically getting paid below the minimum wage. Less than 10% of people ‘strongly agree’ that they are satisfied with their pay rate.

Lennie*, a veteran tutor, told Critic “I’m not shocked by these results. The way tutors get treated between departments seems completely random and lawless.” He felt like the Uni “thinks they can get away with inconsistent conditions and treatment because most of us are students and we don’t know our rights.”

Attendees of the meeting echoed confusion about their contracts and expressed a shared sentiment that things ought to be better, but that they weren’t quite sure how to make them better. In the meantime, the Tutors and Demonstrators network is working to figure out how to do exactly that.