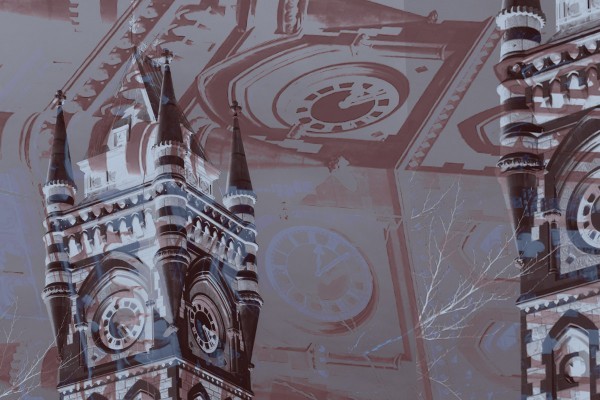 Shocking! Clocktower refuses to give comment on the super blood moon and whether it was cool or underwhelming

There was trouble in paradise on Wednesday as the clocktower failed to chime for most of the day.

To the dismay of the student population, the clocktower’s ringing was absent on the eve of the super blood moon. Built in 1879, the bongs of the clocktower have graced the ears of hundreds of thousands of students. Amidst the deafening silence on Wednesday, students across campus urgently reached out to Critic asking “what the fuck is going on”. Critic Te Arohi had no idea, so we turned to the University’s Communications Department.

According to Property Services Division Director Dean Macaulay, the ominous silence of the clocktower was due to nothing more than a simple power surge. He told Critic that “a Property Services Division electrician discovered a power surge had tripped an automatic safety mechanism designed to protect the clock from any damage during power surges. The electrician manually reset the mechanism so the chimes have been reactivated.”

One student told us “I feel like the ghosts of Vice-Chancellors past are about to come through the Gates of Hell.” However, at the time of publication, no such spectres have been sighted drifting through campus.

The clocktower has resumed service, tolling endlessly, setting the beat to the feet of first years and grad students alike. Any demonic presences that managed to escape during the bell’s down-time have been reminded of their contractual obligation to return. The clocktower declined to comment on this story.