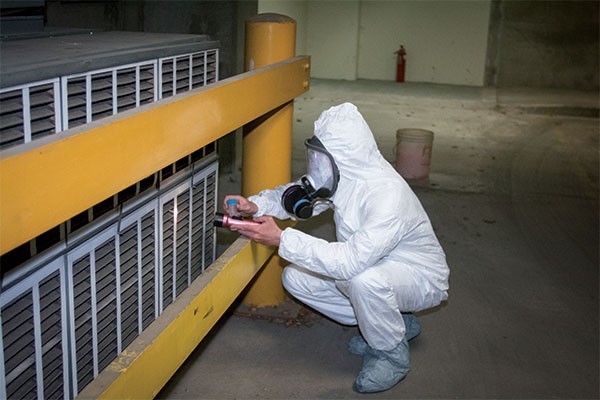 There’s Asbestos in the Biochem Building

A routine story about the University proactively clearing away asbestos from an old building as part of an upgrade took an unexpected turn when the University sent mixed messages.

Critic originally requested comment from the University over the presence of asbestos in the aging Biochemistry Building after we were tipped off by a student to its presence. Asbestos, if you weren’t aware, is bad for you. As in, it’s a carcinogen with “no ‘safe’ lower limit of exposure [which] has been identified with certainty,” according to health.govt.nz.

A statement from Property Services Division Director Dean Macaulay said that “Our University is very proactive in eliminating as much asbestos as possible.” Macaulay said that non-friable (safe-ish) asbestos was present in the building. Even though it was safe, it was being removed as a proactive precaution while the University upgraded the labs in the building, despite them having “no legal requirement” to do so. “The safety of building occupants and users is our main priority,” the statement said.

This article was effectively done and dusted. Good on the Uni for being safe, yada yayda. 10/10, full marks, ka pai.

But then on a whim, Critic checked the worksite in the Biochemistry Building and found, sitting in broad daylight, a folder containing copies of documentation created as part of the asbestos removal process. The documents said that there was friable asbestos (that’s the bad kind) in more than five areas of the building — mostly within acceptable levels. This was not what the Uni told Critic on the phone.

As Critic was examining the giant folder with all of the workplace documentation, a worker for Naylor Love (the University’s contractor for work on the biochemistry building) arrived and swept away all of the paperwork. He cleared out, mumbling something about how it was left there by accident earlier in the day.

In an email sent to Critic just before publication, the University said that friable asbestos was indeed removed a while back but that the current focus was on getting non-friable asbestos out. “The asbestos has probably been in the building since it was constructed,” the statement said. “The service riser (duct) [which contains the asbestos] has been closed to all trade staff – unless they took special precautions – for about two years because friable asbestos had been detected in the duct. The air was regularly monitored to ensure no asbestos was airborne.”