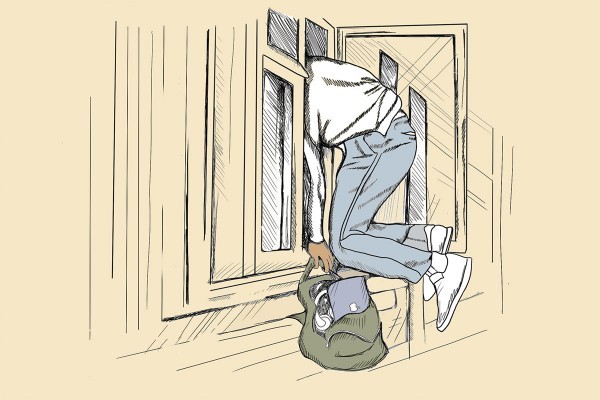 Hide yo kids hide yo wife hide yo curtains

Police asked students on Dundas Street and Harbour Terrace to check their curtains for holes, after the arrest of a 32-year-old burglar who allegedly entered houses to cut peepholes in curtains.

A police spokesperson said that “these offences took place in the student area and some of the offences involved the offender allegedly cutting holes in curtains inside properties.”

“Dunedin Police have arrested a 32-year-old man and charged him with four charges of burglary and one of being unlawfully in an enclosed yard,” said a spokesperson for the Police. “As part of community reassurance and prevention, police officers have been conducting foot patrols in the student area reminding them to keep themselves and their properties safe.”

Allie*, a student living on Dundas Street, was visited by one of the police officers. “They were getting evidence about a guy who is in custody for robbing houses and also cutting holes in female tenants’ curtains, so that he could peek through their windows later, I guess,” she said.

“How tf would the creep not expect tenants to see gaping holes in their curtains and him peeking in. Smh he sounds whack,” she said.

When the police officer visited, Allie said he reminded them “to pretty much just be safe”. She said the officer “wasn’t in uniform but it’s all good”. Allie was relatively unfazed by the offending and did not find any holes in her curtains.

The Police said that: “Students are advised to always secure their flats and belongings, and ensure that their curtains are in good condition, and drawn when required.”

The peeper is now remanded in custody and is due to appear in Court in May. There are no curtains in prison.