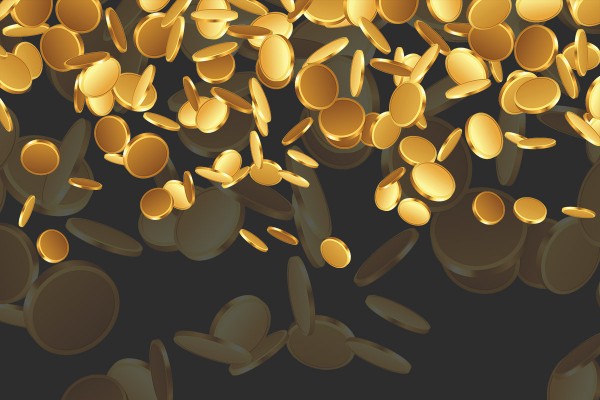 Student Loses $750 at Casino After Hyde

“If you’re fucked at the cas they will fuck you”

An Otago student managed to lose $750 within half an hour at the roulette tables at Grand Casino (previously Dunedin Casino) on the evening of the Hyde Street Party.

Fresh out of his Teletubby costume, Chip* was having a jug at the Bog before his mate had the bright idea of going to the Casino at about 9.30pm to celebrate his mate's birthday.

“We all got in, which is fuckin’ crazy. Everyone was munted and looking a bit rag-tag,” he said.

Dominique Dowding, CEO of Grand Casino, said “all parties are checked at the door for intoxication. If you are found to be intoxicated you are denied entry.”

After entering the Casino, Chip’s group bought drinks and then made their way to the roulette tables. Chip “lost the [first] $40 on red, was like fuck it I can just win it back so I went back and got $100 out. Looking at my bank account it just gets worse and worse and worse.” A combination of bad luck and alcohol-related poor decision making saw his losses eventually reach a grand total of $750.

His friends were the only thing that prevented him from losing more. “I mean I’m just piecing this story together from other peoples’ descriptions of the night because I can’t actually remember much of being there. When I took out the last cash, my mate took the money and shoved it down her bra and was like ‘you’re not getting this money.’ I think we left soon after that point.”

The bar stopped serving them drinks, but Chip said they were still allowed to gamble. “I think as a business they shouldn’t have let me gamble, at the point when they’re not going to serve us drinks,” he said. “Obviously when you’re drunk you can’t always control yourself, me being a prime example. For people that don’t have friends and support there, it could be a real problem. It’s kind of scary to see how they’ll let you lose that much just casually.”

Otago University Professor Doug Sellman studies alcohol and gambling related harm in New Zealand. “The most important relationship between the two (for business’ sake) is the disinhibition and the increasing impulsiveness that comes with alcohol intoxication,” he said. “These psychological changes make gambling venue customers more reckless with their money and therefore more likely to take bigger risks – great for gambling businesses.”

Dominique Dowding couldn't comment on the particular incident because it is subject to an “internal investigation”. She also said “there are some discrepancies in this story which we are investigating”.

Dominique did outline the Casino’s policies in relation to drunk patrons, and noted that they monitor customers for intoxication. “Our bar people are all trained in intoxication measures and again will cut off anyone who is considered intoxicated and then call security to have them removed from premise. We do not allow anyone who is deemed “intoxicated” to gamble, and if they are, they are “cut off” and asked to leave immediately.”

Professor Sellman said “I don’t think casinos are “responsible alcohol providers”, because there are no warnings to customers that alcohol consumed can put the customer at risk of gambling too much [by] increasing disinhibition/impulsiveness and decreasing anxiety.” He added that “casinos go out of their way to ensure customers have access to alcohol because it is good for business as described above.”

Chip said: “I don’t feel tempted to go back in, I just hate the fact that it happened.”

“I think at this stage it's an expensive lesson to learn, but I guess you have to learn it at some point. I don’t blame the Casino, it was my fault just being shit with my money. I didn’t even get a loyalty card, the pricks.”