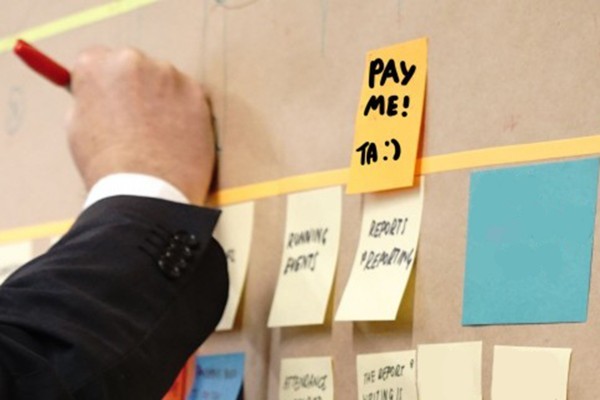 Otago Tutors and Demonstrators Have Formed a “Network”

*ominous music plays in the background*

Tutors and demonstrators at Otago Uni have formed a network aimed at getting better, and more consistent, pay rates.

Spokesperson for the Otago Tutors and Demonstrators Network, Joshua James, said that the Network was started because “we've heard anecdotally many breaches of employment law (such as tutors being expected to do unpaid work), and many breaches of the university's own policy when it comes to tutors (policy says that all tutors and demonstrators must have an induction prior to the start of the contract — many are not being given this).”

The first step of the Network was to release a survey on their Facebook page, to “formalise this anecdotal data into more concrete evidence and present it to HR showing the glaring irregularities” in the pay rates of tutors and demonstrators.

Allie*, a tutor in the Humanities, said that tutors and demonstrators are “a group of people who have never in the past had the opportunity to discuss with one another their conditions and pay.” “

“I feel like the end goal [of the network] is to unionise the tutor and demonstrator workforce,” she said. “I’m furious that nothing’s happened before. I’ve only just become a tutor and I had no idea that it was this bad.”

“For doing more or less the same things, there’s completely different treatment across lots of different disciplines and faculties and divisions.”

Allie gave the example that she was paid for two hours prep time per tutorial, whereas some tutors were given up to five. She attributed the treatment of tutors to the fact that they were students with “less experience in the workforce [and] greater proximity to your career prospects”.

“Many tutors and demonstrators don't feel valued by the university, despite their important role in higher education, so we will be suggesting ways to HR that these roles could be improved,” Joshua said.

You can find the Otago Tutors and Demonstrators Network on Facebook or email otagotdn@gmail.com.