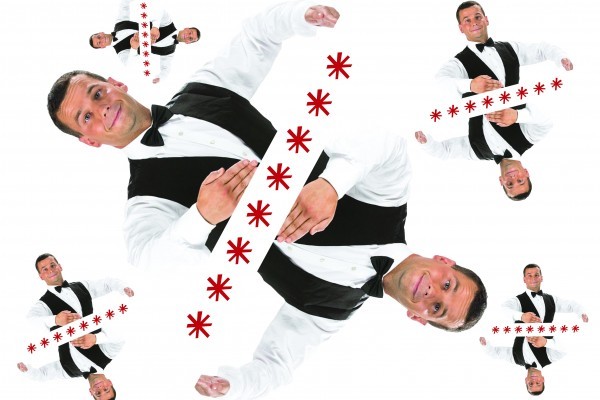 “Not all laws are bad”

David Seymour was on campus, and in an exclusive interview with Critic he revealed that he does not know how long six inches is.

When asked how many beer cans tall he believed himself to be, David did some quick maths based on the assumption that a can of beer was “about six inches tall”. It was unclear whether he did not know how long an inch was, or whether he was comparing a beer can to something of a similar length that he also calls six inches.

David also talked about important issues, like which animal every major political party would be. “ACT would be a dolphin,” he reckoned, “because it has the largest brain-to-body ratio. And NZ First would be a moa because they’re extinct.”

We yarned for a bit about international fees, and why they were so high. David believed that the price reflects the value of a NZ education, and that people who can afford it will buy it.

He didn’t have much of a plan for an Alpine Fault rupture, but he reckoned that not many people high up in politics did either.

We talked about kids these days. “There’s no evidence of the idea that kids these days are less responsible and are taking more risks and stuff like that. This generation, statistically, is like goody-two-shoes,” he said.

Back in the good old days, David attended a wild Castle Street party and hooked up with a woman (gasp). “We still talk,” he said, expressing surprise that the misso he got with that day stayed friendly with him after the dirty deed was done, as we all are.

Student life isn’t all piss-ups, though. “You have much greater comforts to be thankful for, but there's also a lot more pressure,” he said, “there's much more competitiveness in study. Kids feel much more pressure. It's easy to rag on students, but by and large, students today are much, much, better behaved and more responsible than they used to be and face much higher competition.”

The smoke fewer ciggies, though. “How do you even afford them,” asked David, “what are they now, $38 a pack? That's like, a lot.” Yes, that is a lot. “And that's an outrageous policy but we won't even get into that.”

David said that vaping is “such a good example of free enterprise actually helping people quit something dangerous and live healthier lives. And then state control makes it as difficult as possible for people to stop sucking tar into their lungs and start sucking water vapour.”

We finished the interview with a nerf gun competition. Neither man won. Both were disappointed. On the way out, a bemused Seymour signed the office copy of Murdoch Stephen’s excellent 2020 novel, Rat King Landlord, wishing millenials “best wishes” on their quest to end the landlord class.