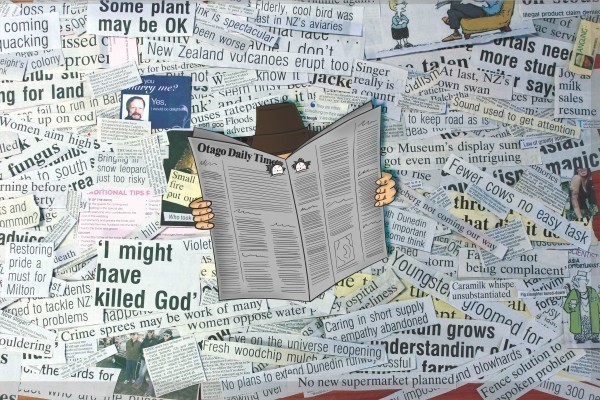 A woman who has helped to deliver newspapers to Dunedin for 45 years, employing 60 children and disabled people, had her contract ended in a single letter from the ODT on Friday.

Sue Loan has worked as the distributor for the ODT for 45 years. She managed 60 people, including children and disabled people. She moved from the UK 60 years ago and helped to deliver The Evening Star and then the ODT when the papers merged.

On 10 March, the workers managed by Sue received a letter, saying that Auckland-based Reach Media would be taking over distribution of the papers, and that they should re-apply for roles with them.

Sue did not receive the letter at that time. She said there was never any communication about the change in contracts with her.

“They said ‘Look, we’re so busy, we’re trying to get the letter out to the delivery children first’. Surely, as their employer, I should be entitled to get a letter first to know what’s going on. I was told ‘I’ll get the letter sent out to you, but we’re busy’. And that was the end of the phone conversation, and I thought I was an inconvenience for even asking,” Sue said.

“I was really angry to start with. And it hurt. I didn’t want anything monetary, I just wanted to be acknowledged for the years I’ve put in, and shown a bit of respect as one of them,” she said. In 45 years as a contractor, she claims she was “never included in anything that ever happened at Allied Press,” simply because “you don’t work for us.”

In a statement to Critic Te Arohi, Raja Chakrabarti, Operations Manager at Allied Press (the company that owns the ODT and The Star), claimed "Allied Press has followed a robust and fair process regarding changes to how The Star community newspaper will be delivered in the future. This is a confidential employment matter and we cannot comment further, although we are disappointed the company is going through trial via social media with no balance to the story."

With the abrupt end of the contract, Sue reported feeling “really depressed … I’ve always worked, and I thought I’d be going for another two or three years, and all of a sudden you’re unemployed.” She worried, in particular, about the children and disabled people she employed: “There’s a few that I’m really sad about. I’m really worried about when this is going to a firm which is all about money.”

To bring attention to her plight, her son Ian Loan posted her story on the Dunedin News Facebook page, unleashing a torrent of emotions. At a recent count, here were 832 reactions (including 347 sad reacts and 255 angry reacts), and 323 comments on the post.

Commenters, some grandparents now, fondly recalled getting their first jobs through Sue. People expressed concerns that many of those employed were beneficiaries or disabled, and “rely on their delivery job for a little extra money … a sense of belonging and mana”. Many commenters said this situation was “disgusting,” “disrespectful” and “a gutless way of doing it.” National MP Michael “Mick Woody” Woodhouse even waded in, saying he was “happy to approach the CEO”.

Sue said she was “flabbergasted by how it’s just snowballed … It’s been amazing, and it’s good that people do care.”

So what is she looking for from Allied Press? “Just wanting to feel a little bit important, as though what I did counted for something. A bit of respect, a bit of courtesy. [It] doesn’t take much to do that, to keep people happy.”