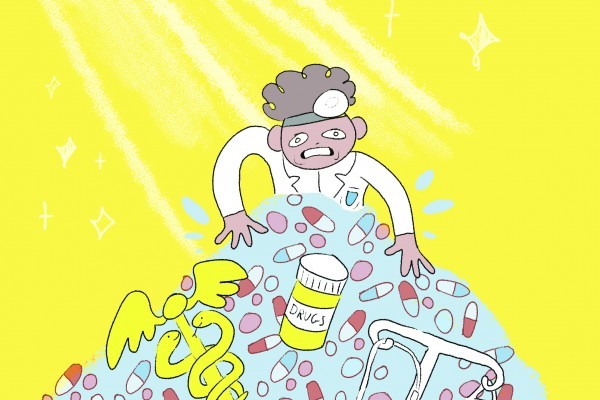 A Quarter Of Health Scis Disappoint Their Parents

Out of the 1323 students enrolled into Health Science First Year (HSFY) at the start of 2020, 300 had changed courses for semester two, a total of 23% of the cohort.

Students Critic Te Arohi spoke to weren’t surprised by the numbers, generally agreeing that it sounded “about right”. Gabriella, who had switched courses from HSFY herself, said that it’s the pressure that drives students to change course, saying that “people may come into it with certain expectations,” but after first semester exam results come out, they often change their minds.

Ryan agreed. “It is a content-heavy course,” he said, “it’s a hard year, and definitely not easy when you’re transitioning from high school.” He thought, though, that the silver lining was that this might be “good for diversity. Not everyone may be suited for a professional programme.”

When asked about drop-out rates, David Thomson, the University’s Director of Strategy, Analytics and Reporting, claimed in a statement that “this is a fairly normal enrolment pattern shift out of HSFY for a given year.” This seemed to be consistent with student opinion.

However, Thomson strongly objected to the use of the term ‘drop-out’, calling it “wrong and prejudicial”.  Very few, he argued, actually drop-out and abandon study.

He claimed that many students switch to science degrees, and for the biomedical sciences in particular, “the core HSFY papers are also some of the vital initial papers for these subjects.”

“These are young people taking the time to discover what it is they want to do at University. HSFY is simply their beginning step on this journey.”  Journey to giving the university thousands of their future earnings perhaps.