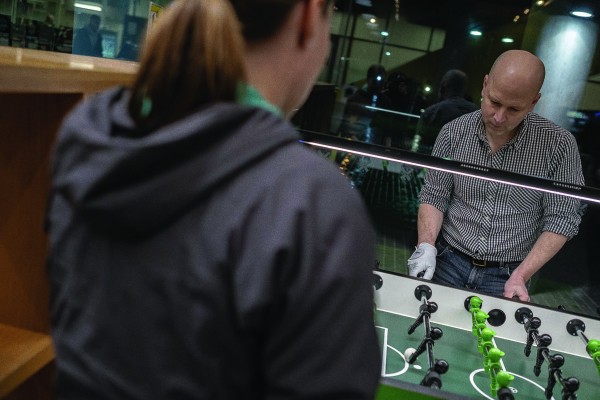 Defying all odds, foosball lives on

Amidst a global pandemic, a collective social upheaval, and the general decay of the 21st century, there is but one truth: foosball.

Otago’s first foosball association, the Dunedin Foosball Association, has finally broken ground. The association, led by Zoology lecturer Paul Szyszka, has now received their regulation foosball tables from Germany. It was a perilous journey for such significant instruments, but the tables have safely arrived into the waiting hands of their owners, and have now taken up residence in Unipol.

Available to all, the professional foosball tables will be a bonding place, fulfilling the dreams of community and inclusion held by the Dunedin Foosball Association. Paul and his fellow foosball enthusiast, Steffi, will be providing free coaching once or twice a week for those eager to learn about the sport.

Foosball is not (YET) recognised as an Olympic sport, but it did gain ‘Observer status’ in 2017, along with less sexy sports like pole dancing and poker. With the encouragement of the German Foosball Federation, Paul hopes to start a New Zealand league, and aspires to one day compete with the world’s best.