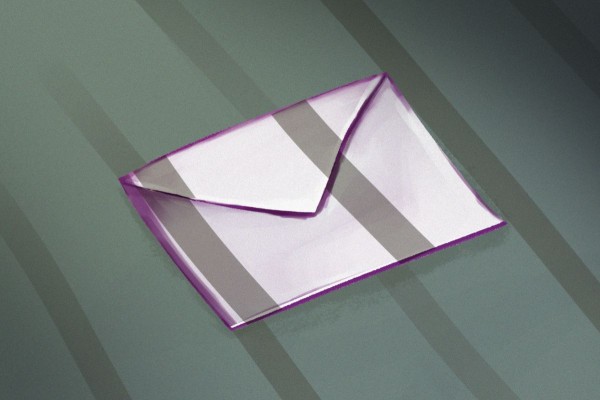 Restoring Voting Rights to Prisoners: What Students have to Say

New Zealand’s prisoners have been unable to vote in elections for the last ten years. The law that removed their ability to vote was passed in 2010. At the time, the Ministry of Justice estimated that 27,000 Kiwis lost the right to vote. Since then, the New Zealand’s Human Rights Commission, the Waitangi Tribunal, and the Supreme Court have deemed the bill to be undemocratic, in breach of the Crown’s obligations to the Treaty, and inconsistent with the New Zealand Bill of Rights.

Fast forward to this year, February 25. The Government introduced a bill to give back the voting rights for prisoners who are serving a sentence of three years or less.

Despite being a part of an age-group regarded as politically apathetic, a number of young people have been actively participating in the development of the bill. Critic spoke to four current students and recent graduates who went so far as to make a submission, and asked them why. These are their thoughts.

Every student we spoke to is in support of the reform, and believes that the current law is undemocratic and even “authoritarian”. Elliot, an ecology and MFCO student, believes that countries “lose a key strength of democracy” once voting rights are removed from any select group.

“Especially if it’s as some kind of punishment,” he said. Elliot believes that removing voting rights is a trend of authoritarian governments. “Obviously New Zealand’s not going to become an authoritarian dictatorship any time soon,” he said, but noted that “targeted prosecution” (where governments criminalise certain groups in order to remove their voting rights) is a trend in “places where democracy has crumbled or become less effective”.

Kaeden also believes that it is the right of anyone over 18 years to vote. “It is your right as a citizen of New Zealand … to be able to participate in who your government is and what structures they’re putting in place for you … This is a conversation we shouldn’t even really have to be having.”

“All prisoners [deserve] the right to vote, because that was their right to begin with,” he said.

Most students said that they do not believe that any crime should stop someone from voting in an election. Elliot said: “I think people think that if prisoners all had the right to vote they'd all vote for murder to be legal or something. It's stupid.” He joked that “really it's cause they're all gonna vote Labour”.

The issue is tied to institutional racism

Most of the interviewees believe that this is a “racist issue.” Kaeden said it in those exact words. As of March 2020, 52% of New Zealand’s prisoners are Māori, despite making up only 16% of the general population.

Elliot agreed. He said that “because of the demographics of the prison population, it's going to disproportionately affect Māori and Pasifika people.”

The bill is being pushed through, but the 2010 bill should have never passed

Anna supports the bill, but has her concerns about the process. She pointed out that the bill is being pushed through Select Committee in half the time bills are usually given (three months instead of six). “It makes me feel really uneasy,” she said.

Anna doesn’t want to think that the government is pushing it or going about it the wrong way. “I want to give them the benefit of the doubt that they're going to hold this issue up to a higher standard than party politics,” she said. “I do support [the bill], I just think it could be more balanced.”

Kaeden on the other hand thinks that the rushed timeframe isn’t an issue to be concerned about. “Everything is going through the normal processes. I don't think it's being silenced in any way,” he said.

Elliot sees it as a repealing of a bill rather than the introduction of a new one, meaning “that there's less to look at, because all the stuff has already been debated so you're just digging up old stuff anyways”.

These young people agreed that this bill is just righting the wrong of the 2010 reform, which prohibited prisoners from voting in the first place. New Zealand’s Human Rights Commission, the Waitangi Tribunal, and the Supreme Court agree.

The bill is not good enough

Most students think that the bill does not actually do enough. This bill would allow offenders who will be released within three years to enrol to vote, but anyone who misses that window will not be able to. Anna said that unless this window reflects the three year electoral cycle, there is “no justification”.

As Anna gave her oral submission online, she was able to hear what others had to say, too. She feels somewhat swayed by the argument that violent offenders, or people who have taken the autonomy of another person with their crimes, should not be able to vote. Anna said that questions like that are an example of why a bill like this should not be rushed.

“I just feel that if you're cutting the select committee process in half you're going to lose so many voices that are on both sides of the coin,” she said. “It doesn't feel right to give [violent offenders] the right to vote when they've harmed another person's life.”

Adam disagreed, and said, “There are better ways to give victims influence and autonomy than taking away human rights.”

You should care about it

The consensus was that once young people are aware of these issues, they care. Tania Sawicki Mead - the director of JustSpeak, a youth-led organisation that advocates for transformative change in the criminal justice system - said the same thing.

“Understanding that voting is a right everyone has is something that many people can grasp and feel strongly about,” Tania said. Tania also raised the same points that these students did - that allowing everyone the right to vote is the most consistent and straightforward human rights principle. Also, that the bill is “shit” and is “righting a wrong to the bare possible minimum”. JustSpeak is just one way any young person can get involved in learning about, and transforming, the criminal justice system in New Zealand.

Kaeden believes that it is important for people to care about whether or not prisoners can vote, and not just “because it's relevant to you”. He said that it is “really, really important” for prisoners to be able to do “something as basic” as participating in politics. He said that not being able to vote leads to inequity. Adam agreed and went further to add that it is a “disgrace” that prisoners cannot vote already.

“We don't solve society by taking away human rights,” he said. Elliot and others hope that this bill will be expanded on to include other prisoners. But no matter what your opinion is on the issue, Anna believes that “our democracy and our electoral system is something you should care about”.