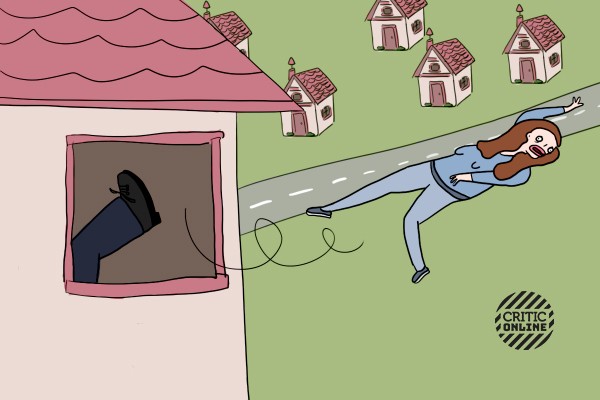 Kiwi Host Given 10 Hours to Move from Uni Flat

Kiwi Host Kayli was told 10 hours before New Zealand went into a nation-wide lockdown that she had to move flat. The University’s response to this situation revealed that they are “creat[ing] whole empty flats to handle self-isolating or sick students and their families as could be needed.”

Kiwi Hosts are hired every year by the University to be the head of a flat with international students. They sign lease agreements just like any flat, and function as most flats do, with the exception that they don’t fall under the Residential Tenancy Act, so the University has more influence over the property than most landlords do. See Charlie’s 2019 Editorial for more information.

The Head of Uni Flats, Tony Buchanan, emailed Uni Flat tenants 1pm on Tuesday to ask who was staying or leaving. Kayli told him that her flatmates were all leaving, but that she would be ok on her own. Buchanan expressed his concern and told her to consider relocating, too. Kayli, who said she understood the ramifications of being alone in a flat for four weeks, told Buchanan that “Unfortunately, I don’t have the time in the next 24 hours to move flats, so this concern is coming a bit late.” To which Buchanan responded, “Really disappointing attitude from you. You obviously have a total disconnect with the situation.”

Kayli said she understood the University’s concern, just that “they don’t have to be cunts about it.” She thought that would be the end of the issue.

However, at 2pm the next day, 10 hours before lockdown, Kayli was contacted by another Uni Flats staff member who told her she had no choice but to move to a new flat.

“I suggested two options,” Kayli said, “option one, stay and ‘bubble’ with another student who is alone in their flat. Option two would be to ‘bubble’ with my parents, who only live a bike-ride away.”

The ‘bubbling’ Kayli refers to is the exceptional circumstance when separate households, or bubbles, agree that they will come into physical contact with each other, but only each other. An example of ‘bubbling’ is when an essential worker requires a person from a separate bubble to come and babysit their child while they are at work. While remaining separate households, there is an agreement that they will not come into contact with someone from outside of their shared bubble. This is the only example that has been used in explaining acceptable ‘bubbling’  - you cannot bubble with your neighbours or friends just because you want to, it needs to have an essential purpose.

Uni Flats said no to both of these options. Kayli said she got the impression that they wanted her to clear out of the flat no matter what. This impression was confirmed to Critic by a University spokeswoman, who said, “During this emergency situation we are consolidating our residents in order to create whole empty flats to handle self-isolating or sick students and their families as could be needed. Unfortunately this means some students will be inconvenienced by moving during this unprecedented global pandemic crisis.”

But Kayli said she was not told this. “If they had [explained that was why they wanted the flat empty] I’d have been like, hell yeah,” she said. Instead, she said an already stressful situation was made much worse.

“We will do our best to make this process as smooth as possible but given the short notice of the national lock down ordered by the [Prime Minister] we don't have the same luxury of time we might have otherwise had. Students have not been evicted, only relocated,” the University said.

Kayli has not been given a new tenancy agreement - just a key to a new flat.