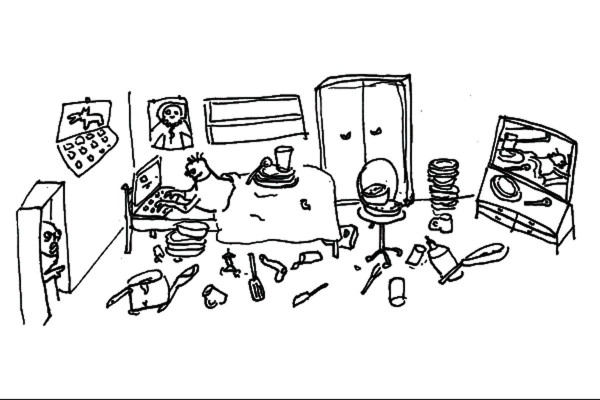 Tenants caught in battle between Cutlers and CrestClean

Several students who rented with Cutlers in 2019 are waiting to receive their full bonds back because of a dispute over cleaning bills.

A group of six tenants were issued a cleaning bill for $879.50 by Cutlers Property Management. That bill has turned out to be just one of many large bills issued by CrestClean. Cutlers is currently disputing the large bills with the cleaners.

Connor disputed the bill. He believed that the flat were being taken advantage of by Cutlers or the cleaning company or both. He said he would have been happy “paying a few hundred” but the current bill was “ridiculous”. He also said the condition of the flat was “better than when we took the property on”.

Connor believed the large bill was related to the sale of the property to a new purchaser at the end of their tenancy.

The tenants were told that the bill from CrestClean was actually for $1,486.38, and that Cutlers had already reduced the price by over $600.

Philip, a 2019 tenant in another six-person flat managed by Cutlers, ended the year in a similar situation. “The bill was for around $1,400 which is ridiculous for the amount of work we put in to cleaning the place before we left, especially considering the state that the 2018 tenants had left it in when we first moved in.”

“Unfortunately these are not normal circumstances,” said Matt Cutler. He said that they are “currently in a dispute with [CrestClean] regarding a large number of invoices that are extremely excessive”.

He said that “[f]or this particular property the owner is currently still liable for the full $1486”. However, they acted “to try keep the tenants from being victims of this dispute without putting the landlord too far out of pocket”.

“Holding back 25% of the bond until we had a legitimate invoice to work off was the fairest course of action.” He said that if “this dispute doesn’t look likely to be resolved in the next few days then we’ll have to come up with a way to process any bonds that currently have portions held in dispute because it isn’t fair for tenants to be dragged into this.”

Tony Kramers, Regional Director of CrestClean Dunedin, said “We were instructed by Cutlers to clean the flats to an agreed high standard as requested by the property managers themselves and no budget was specified”. He continued that “we are incredibly disappointed in how our reputation has been questioned over this work”.

He said that “Cutlers were furnished with a schedule of our hourly rates” and agreed to those rates. Tony said that CrestClean’s standard hourly rate is $45 plus GST per hour and per person of cleaning, and that Cutlers had asked them to work on public holidays for some properties, which is charged at a higher rate.

Tony told Critic that their staff have had to deal with some “horrible and unacceptable sites” when cleaning up messes left by tenants, including one case where the head of a dead cat was found in a cupboard.

Tony concluded by saying that “you can be reassured that we will not be around to help in 2021 so the landlords and tenants themselves can clean up their own disgraceful messes.”

Critic has confirmed that there is at least one other Cutlers flat with a bond caught up in this dispute. If you have any information, contact wyatt@critic.co.nz.