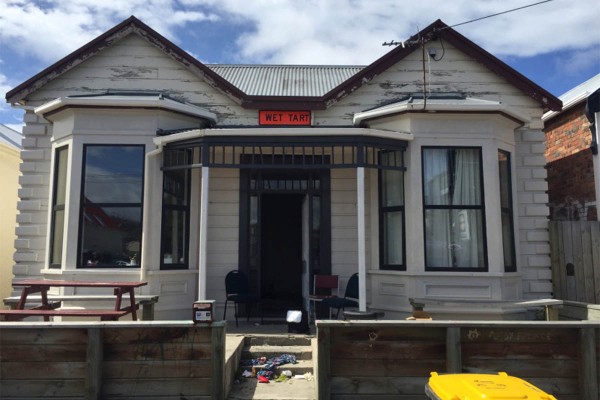 Dunedin Has a Student Housing Shortage

There is a rental crisis in the Dunedin student area. Many students have reported that they struggled finding a liveable flat to stay in for 2020, and some students currently remain homeless.

A leading cause is the demand for student flats. There has been a steady growth of students enrolling in the University of Otago, with around 18,800 students enrolled full time in 2020, compared to 17,405 full-time students in early 2018. But with the influx of students comes the need for places to live, and the student housing can’t keep up. Clubs and Societies Officer Josh Smith described this in last week’s exec meeting as a “burgeoning housing crisis in the student district”.

As well as student numbers, an increase in Dunedin construction – which will only increase when the Dunedin hospital build begins – have encouraged many tradies to move in to studentville, too.

Tukukino said he and some mates had a flat lined up in 2019, but it fell through; “we left last year thinking that we could come back late January to find a flat” because they knew others who had done the same. “It got harder and harder to find flats that would take in students.” Especially as Māori boys, they felt they were denied straight away or had other people prioritised over them.

Flat viewings that Tukukino and his friends have been to were always full because they were not the only ones without a place to live. “It almost becomes the Hunger Games to impress the property manager as soon you arrive.” They currently remain homeless, staying with other friends that they are “100 percent grateful” for.

Another student, Sara*, agreed that finding a decent flat here was too difficult. She also had a flat set-up fall through, and a girl dropped out of their flat group. “We left 2019 with no flat and I felt like we were fucked.” They eventually came back to Dunedin in early January to find few vacant flats for the three of them.

“We had to pretty much beg for a flat that is way too overpriced and far from Uni,” Sara* said. Otherwise, they would have had nowhere else to go besides couch hopping between friends’ flats.

“Dunedin is a growing city, and as new residential colleges are built, more and more first year students will move down and the numbers will continue to rise,” said OUSA’s Residential Representative, Jack Saunders. “This means in the long term, OUSA will need to look at its strategies and see where we can provide support and advocacy, as well as advising on current residential developments within the Uni.” He recommends that those affected by the housing shortage contact OUSA Student Support.

Students find that a lot of flats are damp, cold, and overpriced, but they have little choice other than to rent them. Flats are signed as early as a year in advance because of the competition for good flats. There are several flats in the campus area already advertised for 2021.

Another group of boys signed a flat six months in advance, and by the time they moved in, there had been a “sewage flood” that warped floors causing holes and a stench that never left. They said it was the coldest, dampest flat they had ever been in, and they “paid close to $130 per room”. Calling and emailing their landlord didn’t resolve any issues, and definitely didn’t resolve their poo-stained floors. They reckon some landlords don’t care about the state of their flats as long as the rent rolls in.

Sara is upset that students “pay so much to be at uni yet struggle to get a roof over our heads”. She thinks that growing numbers at the Uni is a good thing in the long run, but believes there needs to be more support for those going into flatting. She said that students end up fighting and paying big money for a flat that is pretty yuck because landlords can get away with it.