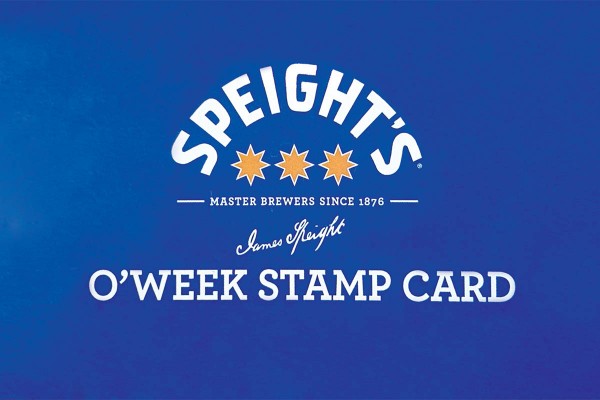 A conspiracy that reaches the highest levels of OUSA administration

It was a gloomy day in Tent City when Caroline was swindled by Starters. Tents stretched skyward; freshers milled around on the grass lawn in front of the Museum; Speight’s t-shirts hung overhead; the Starter’s logo, emblazoned on a black tent, stood out. It was eye-catching. Caroline made her way over to the Starters tent and entered into what she believed was “an incredible deal”: a voucher for four handles of Speight’s, plus a Speight’s t-shirt, for just $30.

Caroline now feels “betrayed” after learning that the Speight’s voucher, sold with her Speight’s t-shirt during O Week, was valid for only two weeks and could only be used at Starters. During those two weeks, Starters held three ticketed events where students had to pay to get entry to the bar.

“They’ve got a magician’s hat and they pull a rabbit out of it and that’s the t-shirt, it’s a metaphor, and you don’t ever get the beer,” said Caroline.

The Speight’s vouchers were titled ‘O’WEEK STAMP CARD’ and purchased from the Starters Bar tent at Tent City. Students paid $30 for the voucher along with a limited-edition Speight’s t-shirt. The vouchers offered four handles of Speight’s. The fine print revealed that the ‘four handles’ deal was more limited than it first appeared.

“It felt like this voucher was slowly becoming more and more inconvenient,” Caroline said. The voucher was only valid at Starters Bar, although it prominently displayed the Speight’s logo and not including the Starters logo. On top of that, students could not redeem the stamps for all of their handles at once. They were limited to just two handles per person per day.

Further, the stamp card could only be used from 17 February until 1 March. During that time, Starters had a total of three ticketed events. Of the conventional Dunedin drinking nights in that period (by consensus of Critic staff: Wednesday, Thursday, and Saturday), students could only get free entry to Starters on Saturday 22 February and Wednesday 26 March. To get in to the bar on the other nights, students would have had to pay between $5 and $20.

In their defense, O Week is not a conventional week, so for most people drinking at 3pm on a Monday would not have been out of the norm.

Caroline said that being "a fourth year" and "tired", acknowledged she would never have gone to a bar during O Week, regardless.

In response to these claims, OUSA said the deal “was always detailed as ‘buy the card - get the shirt - claim your pints at Starters Bar’.” They continued “Starters would never issue a card for other bars.”

After realising her time was almost up, Caroline showed up on Saturday 29 February to use her voucher with a group of others, some of whom also had vouchers. They lined up to get in to Starters but were told at the door that there was a $15 charge to enter because of a charity event. “And that was the very last night before it expired.” She commented that “these are poor students” who cannot afford $15 on the door.

OUSA’s central claim was that “most purchasers were more interested in the shirts, with the pints being a second attraction”. Caroline acknowledged that she had been focused on the shirt rather than the pints. “I have become a basic bitch and I want to express to people that oh, I’m cool, I drink alcohol,” she said.

“I feel betrayed by an organisation that I trusted, and I am dehydrated by the beers I never had,” Caroline said. “$30 gone down the drain.”

OUSA encourages any students dissatisfied with the deal to make contact with OUSA or Starters. They also noted that less “than a third of voucher sales originated at Tent City, with most occurring over the bar at Starters itself”.