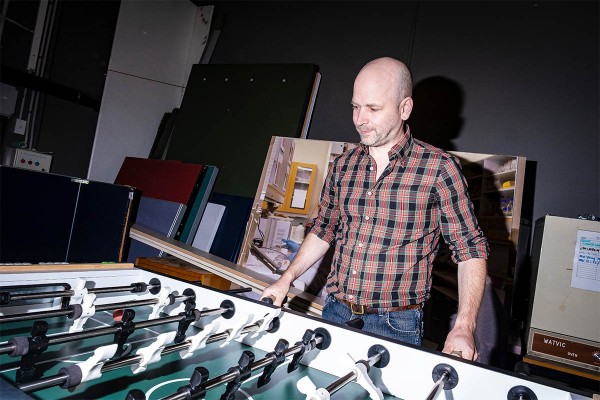 Otago Zoology researcher and foosball aficionado, Paul Szyszka, is leading the establishment of the foosball club. Previously, there has never been a New Zealand foosball club because of the costs to ship the tables. Transportation of a professional foosball table costs upwards of $1,500, which is more than the cost of the table itself.

To get the North Dunedin club started, a German organisation is sending four professional foosball tables to Dunedin. The tables will get the ball rolling for New Zealand foosball.

Paul Szyszka’s passion for foosball started during his diploma thesis at the Free University of Berlin in Germany in 1999. During that time, there was a foosball table in his lab room. “It’s nice [to play foosball] if you go to a bar and you don’t know anybody, it’s very easy to get to know people.”

Paul believes the sport is a great way to build community. “My aim is to found a club where everyone wants to go, students, and any neglected kids from the rest of Dunedin who want to play.” He has sent a letter to the Dunedin City Council asking for support for the club.

The OUSA Clubs and Socs building used to have a foosball table, but it was removed. Paul said “they got rid of it because mainly old men would come and play and not the students”.

Foosball is officially governed by the International Table Soccer Federation, an organization based in France. The game has a wide international presence. Their values include wellbeing and character building. Their mission statement says that they are encouraging “a healthy form of recreation and leisure”.

Check out https://foosball-dunedin.jimdofree.com/ for more information on the foosball revolution.