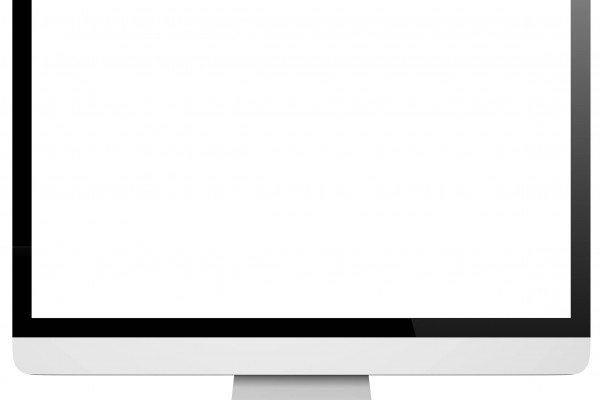 How to Make Money from Your Shitty Landlord

A Dunedin landlord has been ordered to pay exemplary damages (i.e. a lot of money because he fucked up and broke the law) for the third time.

On 13 February, the Tenancy Tribunal ordered Kamal Slaimankhel to pay his tenants $1000 as exemplary damages in addition to their bond refund. The tenants wound up with extra money because their landlord’s conduct was so bad.

Kamal is no stranger to paying these fines. The Tribunal has ordered him to pay exemplary damages to his tenants in 2020, 2019, and 2017. Exemplary damage orders are only used in cases where the breach of the Residential Tenancies Act was intentional, had serious effects, and the Tribunal thinks that the order is in the public interest.

$1000 is the maximum amount the Tribunal can order for failure to lodge bonds. The February order specified that the punishment was “to deter repeat behaviour by the landlord”. Kamal Slaimankhel told Critic that “spread over ten years”, with 100 tenants each year, these orders make up just 0.3% of his tenancies.

The 2019 tenants rented at Cumberland Street. Maia, one of the tenants, said that “this all started before we actually moved in. We had so many problems without realising what we were getting into.”

Maia and Molly*, another tenant, both noticed a gap in the hallway window when they viewed the flat in August 2018. The gap was right beside their heat pump. Kamal told them that it would be fixed before they moved in. He did not fix the gap until August 2019, despite repeated complaints from the tenants until then. He described the window gap to Critic as “just a little crack letting in a draft”.

The tenants also complained that the property was unclean when they moved in, and that there was a rotting window frame, rust in the microwave, a broken fridge, and a leak in the roof.

Lana, a third tenant, commented that “[t]he overall strain a landlord can inflict on individuals simply by ... wielding his title over less aware students in order to sweep things under the rug is insane.” The tenants could smell gas in the flat and reported it to the landlord, but he dismissed their complaints, saying that the smell was coming from a neighbouring flat. “It was a very tough year physically and mentally,” Lana said.

When the tenants noticed the problems, “we knew he was doing wrong but didn't know who to tell or what to say,” Maia said. The leaking roof was the final straw. The tenants took turns sleeping in the leaky room because they knew the roof was an issue. Maia woke “up in the middle of the night a couple times bedding and hair completely soaked”. Then, “each time [she complained] our landlord and roofer would say it was fixed.”

Maia said that the roofer, hired by Kamal, told the tenants “to not bother taking our landlord to court”. She continued that the roofer told them “[Kamal] is a good landlord in comparison to other landlords, that we could have been done by much worse, and that taking the matter to the Tenancy Tribunal would be a waste of our time.”

Molly said that the roofer refused to put anything in writing and accused the tenants “of trying to fuck over Kamal”. She described the roofer as “all paranoid”. When the roof was finally fixed in August 2019, the solution was to place 60-litre buckets in the roof to catch the water. “A roofer attended to the leak,” Kamal said in his statement.

Once those buckets filled up with water, the tenants reached out to Kamal, who put them in contact with the roofer again. The roofer suggested that the tenants go into the roof themselves to empty the water from the buckets.

“In hindsight, we just wanted what was within our rights and the fact that we had to keep hustling to pay the bills took a toll on all of us,” Maia said. She continued, “I would feel ripped off from him when I would wake up in my bed soaked from the roof.” Kamal said he “understand[s] what it’s like to be a student, living and studying through the Dunedin winters”.

When the case went to the Tribunal, Kamal claimed that the tenants owed him $3450 in rent. To claim this, “he had written out on a piece of paper the rent we had missed”, Molly said. The Tribunal found that they owed one-third of that amount. If the tenants did owe that much rent, the landlord would have received all of their bond. But Kamal still would have had to lodge the bond with Tenancy Services before claiming it.

Kamal also argued that it was difficult for him to track whether the bond had been paid, because he directed payment of bonds from WINZ to a separate bank account. The Tribunal was not persuaded and commented that the structure of the landlord’s financial affairs does not change his legal obligations.

“The idea of lodging the bond is protection for all parties,” said Sage Burke, OUSA’s Student Support Manager. There is a set timeframe for landlords to lodge the bond. If they do not lodge the bond during that time, their tenants can apply for exemplary damages. Sage said that lodging a bond is “a very simple thing to do, so to hear that it’s not being done, and that someone is doing it over and over again, is disappointing.”

Kamal eventually lodged the bond for the Cumberland Street property on 5 February 2020, just one week before the hearing in the Tenancy Tribunal where the tenants applied for their bond back. That was over a month after the fixed-term tenancy had ended. In his statement, Kamal said that of his “100 tenants this year, I am yet to receive 1 bond from any of them”.

A lot of the Tenancy Tribunal’s funds come from bonds. Without that money, the Tribunal and broader Tenancy Services would struggle to function. So, they come down hard when landlords fail to lodge bonds.

Although one of the Cumberland Street tenants, Dave*, could give a long list of the problems with the property (“damp, cold, improper heating provided, leaking pipe”), the tenants could not prove those problems to the Tribunal. The only money the tenants received was exemplary damages for Kamal’s failure to lodge their bond.

“There is no persuasive evidence in the form of an initial property inspection report, photographs or a builder’s report to support the tenants’ claims about lack of maintenance,” the Tribunal stated in the order.

“The first thing you should do [when moving in] is take photos of absolutely everything and keep them,” Sage said. He commented that this was important “just in case you need them later”. Photos allow tenants to show the Tribunal the state of their property.

The Cumberland Street order shows why evidence (photos, videos, texts, emails) are so important. Without evidence, landlords can tell the Tribunal that the problems were caused by tenants, even if they appeared before those tenants signed the lease. For example, in response to the Tribunal case, Kamal argued that the tenants had removed the smoke alarms in the flat. But there were no smoke alarms in the property when the tenants moved in, and Molly’s emails showed that she had complained about that in August. If not for the emails, Kamal could have convinced the Tribunal that the tenants illegally removed the smoke alarms.

Rami, a 2019 tenant at another property owned by Kamal on Clyde Street, proved that the landlord had rented him an inadequate property. The Tribunal found that Kamal had “intentionally failed to provide the premises in a reasonably clean condition”. Unlike the other 2019 tenants, Rami had photos and videos of the damage, so he was able to prove that Kamal had not provided a clean property.

The Tribunal noted that Kamal was about to demolish the Clyde Street flat. But in law, that did not give him an excuse to provide the property in an unclean state. “As a landlord, I recognise that I have an obligation to provide habitable accommodation,” Kamal said in his statement to Critic.

Kamal unlawfully evicted Rami from the property after 13 days. Rami received $2000 in exemplary damages for the unclean property and a further $1308 to cover the costs of moving to another flat when the landlord evicted him on short notice. Kamal asserts that the other tenants in the property did not agree to Rami as another tenant, which gave him reason to evict Rami. The case is currently on appeal in the District Court.

2019 was not the only year Kamal has been in trouble with the Tribunal. In 2017, Kamal was punished for failing to lodge a bond for a Royal Terrace property he rented. He was ordered to pay that group of tenants exemplary damages of $750.

One of the tenants from way back then, Adam, said they “submitted for [exemplary] damages for shits and gigs”. When it worked out, they were surprised. They each walked away with their bond plus an extra $100. The whole thing was “pretty classic,” he said.

At first, Kamal had refused to pay back the Royal Terrace tenants’ bond at all. The property had seven bedrooms but the tenants agreed with the landlord, at the start of the year, that one of the bedrooms was not fit to live in. Adam described that room as a cupboard. The Tenancy Tribunal noted that the staircase in the house meant that a bed could not fit in the room.

When the matter came to the tribunal, Kamal claimed that the tenants owed $9450 of unpaid rent for the cupboard-like room. He claimed the extra room meant he should not have to pay the tenants their bond.

The Tribunal did not buy it. Adam said that because Kamal had not requested rent for that empty room all year, and because he did not actually show up to the Tribunal hearing, “the adjudicators were pretty quickly on our side”.

“We didn’t really see it coming,” Adam said. “[H]e was always very relaxed so we thought he would be cool. I think most landlords just assume that students are naive and will roll over, which is true in a lot of cases, so they get away with a lot.”

“The thing is I’m too relaxed and too easy going, my tenants are like my friends,” said Kamal. His advocate, John, who was also present at the meeting with Critic, interjected “that’s changing”.

A previous Critic story about Kamal Slaimankhel details allegations from a group of tenants that the flat they rented was in disrepair when they moved in at the start of 2014. Campbell Live reported on the story. The tenants alleged that there were broken windows, maggots, a dead bird, and the remains of a hydroponic weed-growing operation on the property. Kamal, and one of the previous tenants in the flat, disputed these allegations.

Kamal Slaimankhel owns 14 properties in Dunedin, according to the Tenancy Tribunal order. He told Critic he owns “about 20” properties.

“We do recommend that students don’t go to the Tenancy Tribunal without talking to us first,” Sage said. “It’s designed, in theory, to be as user-friendly as possible, but we have a lot of experience with that so we will go right through the process with students.” Sage encourages tenants in any of the situations outlined here to contact Student Support for help.