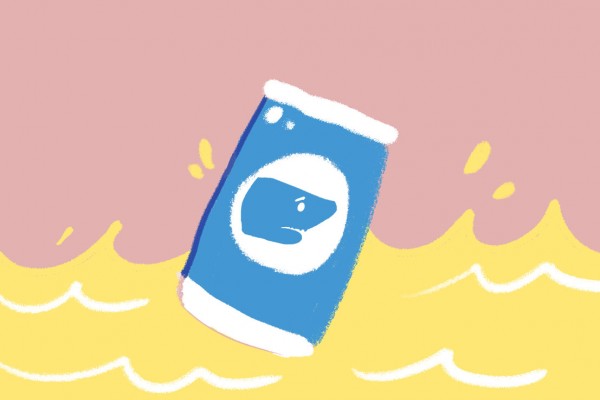 The 20s is back baby. Prohibition is good again awouuu (wolf howl)

An advertisement that breached the University’s policy around promoting alcohol on campus has been taken down.

The inaugural ‘Dusty Sundays’ gig, headlined by Aussie band Lime Cordiale, will be run by OUSA in association with alcohol brand Part Time Rangers. A big fuck-off poster advertising the event was put up in the OUSA archway featuring the Part Time Rangers brand name.

The University does not allow “any material advertising alcohol” on land they own or occupy. A University spokesperson said the purpose of the exclusion was “to foster and promote a safe and inclusive environment for all”.

OUSA purchased Starters Bar at the end of 2018. OUSA Events Manager Jason Schroeder defended the endorsement by Part Time Rangers, saying that in order to run a student bar, Starters needs “to offer beverages and events that reflect student culture”.

He said that running a student bar “comes at a financial cost and if we can access financial support that allows us to better meet our objective of harm reduction then that makes sense”.

When asked for comment on the Dusty Sundays poster, a University spokesperson confirmed that the sponsorship breached regulations, and that the breach had “been addressed with OUSA”.

The offending poster has since been taken down. OUSA would not comment as to who removed the poster. It is the first alcohol sponsorship the students’ association has taken on since the regulations were introduced in 2014.

When asked whether alcohol brands should be allowed to advertise on campus spaces, one second-year student said that they “don’t think [students] necessarily need encouragement to drink”. Another said advertising shouldn’t be allowed unless it promoted “safe drinking culture”.

OUSA President James Heath Jack Manning said, “The OUSA-owned Starters Bar is a means by which we look after our students – providing a safe and enjoyable place to spend their night and, should they wish to drink, to do so responsibly.”

“Drinking is something that’s going to happen either way,” another student said of the Part Time Rangers sponsorship. “Get your business out there.”

Didn’t catch it live? Listen to the podcast at r1.co.nz/podcasts.