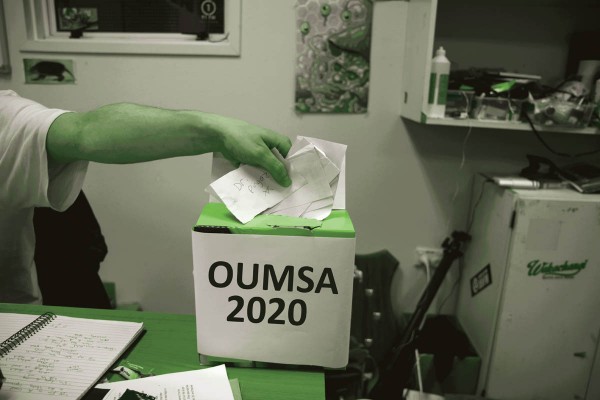 “Does this warrant an investigation into the erosion of democracy in our very university?”

The Otago University Medical Students Association (OUMSA) has said that a “very small percentage” of students exploiting a loophole in the system to vote twice in the recent MOUSA elections “were not counted towards the final results of the position” and that even if they had been they “would not have altered the final outcome of each position”.

This is despite an anonymous UoO Meaningful Confession from someone calling themselves “Putin” who claimed to have discovered the loophole. Putin claimed that, after discovering the loophole, “I spread this around to a few (ok, maybe a lot of) people and we all did this double voting process on who we wanted. I would bet this affected AT LEAST one position, if not more.” They went on to ask whether the loophole “warrant[s] an investigation into the erosion of democracy in our very university”.

In the comments, OUMSA said, “It is in our professional opinion that 'Putin' poster is in fact clinically diagnosed as a loser. We encourage you to contact your GP for treatment.”

OUMSA said in a statement that duplicate voting has not been an issue in the past because they “expect a level of honesty in voting,” but also said that both the incoming and outgoing executives “will review the voting procedures for 2020 and beyond”.

One Med student Critic spoke to said election fraud was “pretty stupid. Both that people are able to and that people care enough about an OUMSA election to.”