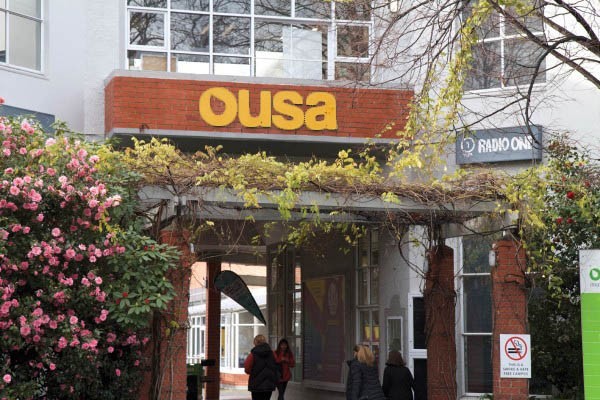 It’s Thursday, and OUSA is in an early morning emergency meeting. Education Officer Will Dreyer’s vape cloud dissipates to reveal the Executive flicking through two versions of the OUSA constitution. This document dictates the purpose, powers, and rules of our entire student union, and for years it has been an administrative headache. This decade alone has seen Admin Vice-Presidents pour dozens of hours into correcting numbers, spelling, wording, and inconsistent or contradictory clauses. James Heath, our OUSA President, decided that, fuck it, 2019 is the year that this whole bitch of a document gets rewritten in its entirety. Whether or not this new version, and other contentious OUSA decisions, gets passed will be up to a student general meeting (SGM) on the 22nd of August.

One of the most significant changes in this restructure is the roles on the OUSA Exec.

It’s been a fucking mission to get to this point. Over the week, this intrepid Critic reporter sat through four hours of the Executive deciding how future Execs should be structured. They had to make sure that the positions are flexible enough to not get stale, but have enough direction that Exec members don’t get away with doing fuck all (which some definitely do).

The Exec chose between two proposals for changing the President’s left and right hand people. Proposal A would see an Internal and External Vice-President. Proposal B would keep Administrative Vice-President as-is, but slap ‘strategy’ to the end of the Finance Officer (and in the process, absorb the Campaigns Officer position).

Josh Smythe revealed his power hungry side by championing Proposal A and suggested the External Vice-President’s duties could include mandatory attendance for all OUSA and student events and “sometimes” being a spokesperson for OUSA. Clearly his dream job. The main issue with Proposal A was that the Internal Vice-President position essentially smooshed two 20 hour positions together, but would only get paid for 20, which would be cruel. The Exec settled on Proposal B.

The next big change on the table was replacing the three 10-hour positions. Colleges Officer would be replaced with Residential Representative, acknowledging that students in flats need representing just as much as gross freshers do. Recreation Officer was changed back to its old title, Clubs and Societies Representative.

Campaigns Officer, which arguably inspired the decision to restructure the Exec in the first place after producing years of ineffective campaign(er)s, was yeeted with no hesitation.

The Exec then spent weeks debating what the new third 10-hour role should be. They toyed with leaving it as a general role, adding an Enviromental Sustainability Rep, or bringing back a Queer Rep. It wound up being a toss between an Equity Officer, who could take some of the Welfare Officer’s load, and a Political Officer, who could share the workload of the new Academic Rep and new Finance and Strategy Officer. After three separate meetings discussing this, the majority voted for a Political Officer, but Welfare Officer Kerrin Robertson-Scanlon only came to one of those three meetings.

This is where it got complicated. The Exec were still attached to the idea of an Equity Rep so they are considering taking it to the SGM. If they do, they will include a proposal to cut the Political Rep, which implies they want students to pick one or the other, however have also mentioned in meetings that it is possible to have both. Whichever, it will be up for students to decide.

As well as the constitutional bullshit, the Exec are considering asking students whether it should be mandatory for a representative from each OUSA club to come to the SGMs to qualify for a club grant, after backlash from some clubs over the idea. So, ironically, clubs have to go to an SGM if they want to vote down going to SGMs for the rest of forever. RIP.

Another possible SGM motion that the Exec are considering putting to students is whether OUSA should investigate becoming a weed dispensary when recreational weed gets legalised. This question speaks for itself. 420 blaze it, cunts.

Thank you for reading this whole article.