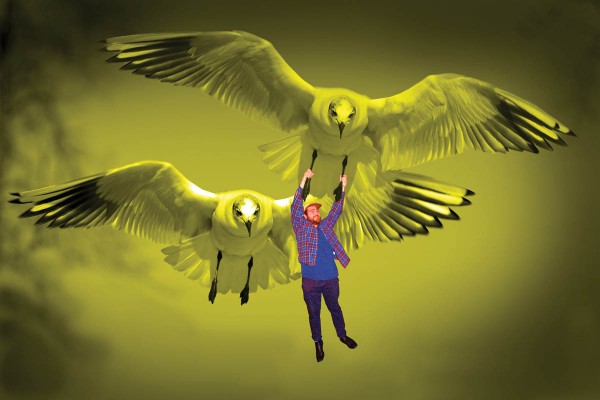 Three OUSA Exec members resigned from their posts during the mid-semester break. Administration Vice-Prez Porourangi Templeton-Reedy resigned to take a job in Wellington. Post-Graduate Officer Dermot Frengley resigned to focus on his studies, and Campaigns Officer Georgia Mischefski-Gray resigned so she could run for Porourangi’s role. Nominations will be opening soon in one of the largest by-elections OUSA has had in years. Each person who runs will be offered $20 to help with campaigning costs (to be paid back once you front up the receipt, so don’t think you can hustle OUSA out of a free tinny) and have the honour of being grilled on stage by whoever draws the shortest straw at Critic.

To fill in the time, Critic got in touch with the three quitters to ask why they couldn’t hack it.

Barely out of the womb of his Master’s, Pou has accepted a job at Victoria University (traitor) as a Māori Support Liaison within their Business School. He said that he had applied for the position despite being OUSA’s Admin VP because it “may never come up again” and it was a combination of his love for supporting and helping students “in their chosen paths”.

However, less than a fortnight before his resignation, Pou had submitted his second quarterly report, where he admitted to not working all of the hours he got paid for (he was in the final crunch of his Master’s), but promised students and his team that he was “working towards ensuring that I fully commit to my role and ensure that I step up my game and do the best job that I can for the remainder of the year”. Despite accepting a job soon after, Pou insists that this sentiment was genuine, as there was a chance his application would be unsuccesful.

For context, the Exec don’t get paid like OUSA staff, they receive an honorarium. Previously, this honorarium would be paid at the end of each quarter once they’ve proven they have done the work. At the end of last year, this was changed to a fortnightly payment scheme, which is good if someone needed the money to live, but limits the ways that the Exec can hold each other accountable.

In a comment to Critic, Pou specified that he had only been working 8-to-10 hours a week. He admits that if he could go back, he would have rather been paid the hours that he did rather than the full 20 “because that shows accountability,” and that when it came to getting an honorarium for the job at all, money had not been his priority and he would “pay it back”. When asked if he would actually pay OUSA back the hours he did not work, he admitted “probably not” and said “all I can give back is love and appreciation for the job”.

Bonnie Harrison, OUSA Finance Officer, was disappointed that he did not come to last Monday’s Executive meeting to face some “accountability”. Since there is no way they would be able to get the money back from him, and no way to deduct a future honorarium, the Exec decided that so long as he put in a substantial amount of volunteer hours up until the next Admin VP was elected, they would forgive and forget. The exec were expecting Pou to do a “substantial amount” of work over this time. However, Pou told Critic he did not expect to volunteer for OUSA for more than 2 hours a week until the next Admin VP is elected. Though, full disclosure, he had no idea that the Exec had decided on asking him for this “substantial amount” three days prior to our interview. When we told him what they’d decided, he said that seemed “fair” and “reasonable”.

Dermot had been tossing up resigning for a couple of weeks, but ultimately pulled the plug to ensure he has a “clear head” to focus on his thesis. He said while OUSA was important, it was pulling his attention away from his studies. In an interview with Critic, he said, “I’m not special. I’m just the guy occupying the role at the moment, whereas no one else can do my thesis for me.”

Dermot’s resignation makes the second Post-graduate Officer in as many years who has resigned to prioritise their studies. Dermot said, “it’s 10 hours a week, so it’s not a massive time commitment. But outside of that, you’re always thinking about it and wanting to do well.” Despite this, he also said that it is definitely “manageable”.

At this point in the interview, we became distracted by the sound of muffled static from across the Union Lawn. It was already pretty dark, but our spot on the union balcony picnic tables gave us a full scope of the area below. Eventually, as several dozen candles were lit, we could make out the faces of all of the OUSA Exec members and staff. The person on the boombox found the right station and began to play an upbeat but emotional remix of R.E.M Everybody Hurts and Simple Minds’ Don’t You Forget About Me. Dermot paused the interview so he could do a sad breakdance. Actually maybe this might have been Critic’s imagination.

Once the cheers died down a little, he admitted that working with OUSA had been great for getting out of his comfort zone. He said that the postgrad allowance rally had been good for that, and that because of all of the support from the Executive and staff, it had “made leaving the comfort zone easy; you’re not going it on your own, you’re a part of a team and a big OUSA whānau.”

Another plus of the job for him was the responsibility of sitting on important boards and committees that made big decisions about the future of students and courses, as well as being a member of the University Senate. His first Senate meeting had been “quite bizarre” as it had been in 2018 during the Art History vote. “It’s funny walking into a room and being consistently one of the four youngest people in the room by a good 20 years. And you have just as much of a say as someone being paid $600,000 to be [t]here.”

His only warning for future Post-grad Officers is to “be prepared to be surprised” at how many paths you can take the position down. “Post-grad is different than other roles. Little bit of welfare, education, so on.” Also, that anyone considering the role shouldn’t worry about not having experience in student politics. He said he had never been involved in it until he was nominated, but since then realised that it is just a bunch of people who care about what is best for students, and not exactly “West Wing”.

Georgia is vacating the Campaigns position to run for the now-vacant Administrative Vice-President position. This is arguably an honourable move, considering there was nothing stopping her from keeping her role while she campaigned, but it is a risky double-or-nothing. However, Georgia does not hold back from admitting that she had been planning on running for the position for 2020. Georgia said that to not run now and watch someone else get the job meant “they would be six months ahead of me”. She is nervous, but said “at the end of the day, I have to do it. I couldn’t see someone else in the role, I want to do it myself.”