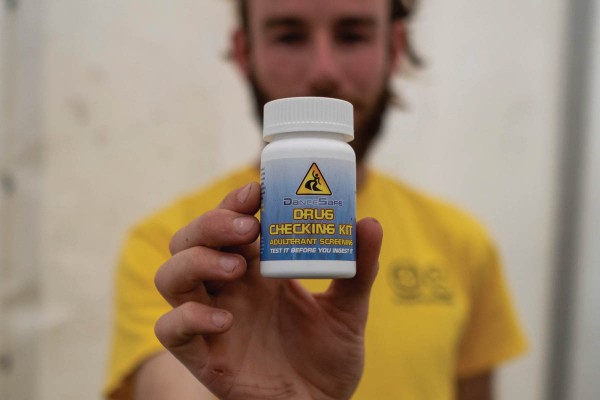 OUSA, the New Zealand Drug Foundation and KnowYourStuffNZ are collaborating to make drug testing available to students (again) during Re-Ori.

The testing model is very similar to the initiatives run during O-Week and before the Hyde Street Party. According to students who used the tent last time, the testing is confidential and safe. As well as providing a testing service for pills, the staff also provide harm reduction advice.

OUSA plans to continue with drug testing events in the future. “Due to the interest received and growing support, [OUSA] will certainly continue testing at relevant events moving forward,” said OUSA CEO Debbie Downs. “Whilst we cannot condone substance use, we will continue in our long-term strategy of harm reduction.”

In O-Week, 61 people used the service. Before Hyde, 81 people. Re-Ori could see another increase in numbers as students turn to pingas to survive the winter cold.

Like the Hyde Street testing, the testing service for Re-O will use a spectrometer rather than reagent testing. That means students will get an accurate breakdown of what’s in their pills. Testing using a spectrometer also allows the staff to identify new and potentially dangerous substances. The Hyde Street spectrometer testing found an unknown bath salt variant called C86.

Some opposition to the service comes from the subject of testing: pingas. A group of pingas spoke to Critic about their concerns. “I don’t know,” said Green Gucci. “It’s like, animal testing is bad, but they cut us up to make sure you feel safe and no one cares.”

The one tab of LSD who would speak to Critic said she felt “lowkey offended”. “There’s no trust, you know? No trust at all.” Regardless of concerns from the drugs themselves, students who used the service in the past felt positive about the testing. In general, they were pleasantly surprised to find that the marquee was not full of waiting police.

A drug-testing marquee will be set up out the back of Clubs and Socs. People can bring in their drugs on Wednesday 10 July and Thursday 11 July from 2pm to 8pm.