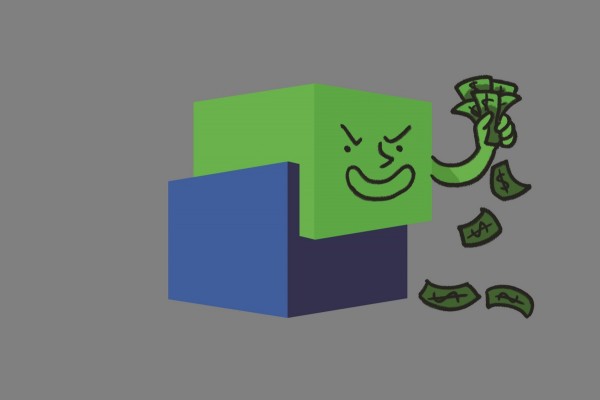 In the wake of Critic’s recent article on Four Walls Property Management, the current tenants of a Leith Street property have come forward with allegations of poor communication in regards to broken appliances and delayed payment for pest extermination. They say action was only taken after they threatened going to the Tenancy Tribunal.

The current tenants of a Leith Street property allege that when they first moved into the property there were several issues that took nearly a month to fix. They emailed their property manager, Kelly Mack, to complain that the washing machine wasn’t working, the hot water in one of the two bathrooms was not working along with one of the taps, some of the windows couldn’t be opened or locked and that the light in one bathroom did not work.

Kelly did not reply to the email or phone calls. Three days after sending an email subject-lined ‘URGENT’, Kelly replied asking for more information on the claims. She said she would be able to get someone to come out that week to look at the washing machine. At this time, the tenants also noticed a wasp nest attached to the outside guttering of the property and asked for it in an email to be removed.

When no one had been sent out to check the washing machine or the hot water cylinder, the tenants again emailed Kelly to say they were desperate to wash their clothes and needed the washing machine fixed. The next day, the tenants received an auto-reply from Four Walls stating that due to staff sickness, the office would be closed. It said Four Walls would “endeavour to respond to your email within 48 hours once we re-open”.

The tenants could not wait any longer and had to call a plumber themselves. Soon after, the tenants returned home to find their kitchen full of wasps and one flatmate got stung. “Straight away we knew we had to get rid of it,” they said. The tenants called Summit Services to eradicate the wasps, “we asked him to invoice Four Walls because we shouldn’t have to pay for that,” the tenants said. Summit Services emailed the invoice to the tenants who then forwarded it to Mack.

After no response on the wasps, hot water cylinder and no new washing machine, the girls tried to visit Mack and Four Walls at the address stated on their website, only to find out it wasn’t the current address and instead was an accounting firm. On Feburary 25, the tenants filed a 14-day notice demanding Kelly pay for the wasp extermination, supply the 500 photos she took for the property’s entry inspection and pay for a new washing machine.

The next day, Mack replied, ignoring the 14-day notice and saying the washing machine would arrive in the next few days and that she hadn’t seen the invoice for the wasp extermination, but that if she received it by the 1st of March, she would pay for it as per the company’s 1st of the month pay period policy. By the time the washing machine arrived at the Leith Street property, it had been just under 2 months into the beginning of the tenant’s lease, and nearly 3 weeks since they had moved in.

When Summit Services contacted the tenants on March 20, stating that the invoice was over a month overdue and had not been paid, the tenants were forced to pay for it themselves, emailing Mack to reimburse them. By this time, the 14-day notice was up and they had not heard anything from Mack, so they emailed stating that if she did not pay for the wasp extermination that they would “be forced to take action with the Tenancy Tribunal”. Mack replied 9 days later saying, “I have been sick, as you would have hopefully been made aware from both the automated email response and the voicemail system”. She said that Four Walls did “not have the ability to ‘pay on demand’ at a date you specify,” due to their invoicing system requiring payments to be made on the first business day following the close of the month. Mack did not address the expiration of the 14-day notice, nor threats of the Tenancy Tribunal.

The flatmates replied saying all relevant information and invoicing had been sent at the end of February and that by Four Walls policy, it should have been paid. Mack replied instantly saying she had just paid Summit Services and that the account was now settled. The email said “we are happy to lodge an injunction at the Tenancy Tribunal to end your tenancy early if you wish. He [the owner] is unhappy with the continued threats of tribunal action from yourself and believes the relationship is such that it can not continue as it is.”

The students are still in the property but as of print have not been reimbursed.

One of the tenants at the Leith Street flat posted on Otago Flatting Goods asking if others had experienced any problems with Four Walls they had received over 35 individual complaints before the post was taken down by administrators. One student posted on Critic’s Facebook that our article was “the most communication we’ve received from Four Walls since October”.

Critic reached out to Four Walls contractor, Rob Woodhouse, for comment who said he cannot confirm or deny any of the allegations, “simply because I don’t have access to any of that correspondence if it does exist.” Woodhouse said all portfolios within Four Walls are currently being inspected, with a request for all outstanding maintenance issues to be detailed on paper if no-one is home.” He maintains that when agreement cannot be reached on a maintenance request, or where a landlord declines a request to have maintenance undertaken, tenants can make their request through the Tenancy Tribunal. “It only costs $20, and this is refunded if successful,” said Woodhouse.