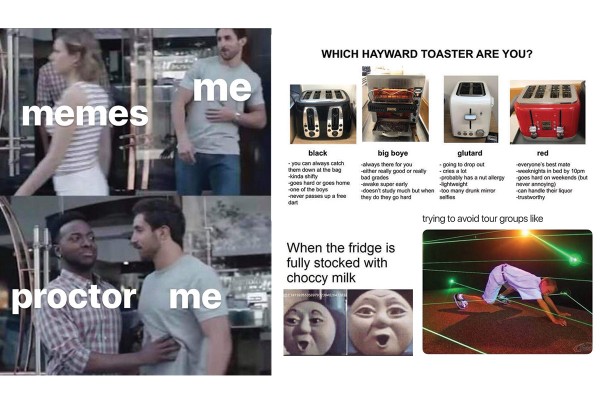 Last week two Facebook meme pages, “Hoyword College Memes” and "Hoyword Confessions, were unpublished from the site and their admins were sent to the Proctor.

The admins of the pages were told by Hayward College staff to remove the pages to avoid getting in trouble. The primary issue that College staff had with the two pages was the use of the College crest, which was used as a profile picture for both pages, and the name ‘Hoyword’, for being too similar to Hayward.

No further discipline took place for the two first-year admins after a meeting with the Proctor over the incident.

A University spokeswoman said, “some original posts were disrespectful and potentially harmful to residents and staff at the College, or could have led to harm or harassment”. She also said, “In this case there was doubt, following the posts, that standards of good humour could be maintained in a manner that did not result in anyone being identified or harmed in any way.”

When asked why the pages were unpublished, rather than asking for removal of individual pieces of offending media, the University spokeswoman said, “given the early problems with posts, and the demands of a busy college, staff are not equipped or have the resources to act as editor or to monitor these pages, then have regular conversations around appropriateness. It was felt best to remove them altogether. The College has its own page for its residents to use”.

The student in charge of Hoyword College Memes said, “the chat should be for notices and questions. I'm not gonna force the hall to look at my shit memes.”

The student also expressed frustration. “I got told to biff the page so I didn’t get in trouble, so I just did it. I get that it’s to maintain the public image of the hall, but people like memes and it was just a good harmless laugh. I’m a bit salty to be honest.”

However, she was pleased that the Proctor’s office didn’t take it further. “The Proctor is a very lovely man. I think he handled it appropriately as I didn’t get punished for a meme page.”

As of print “Hoyword College Memes” has been resurrected back with a new profile picture and a new name: “Code Of Conduct Abiding Memes For Well Behaved Student Teens”.