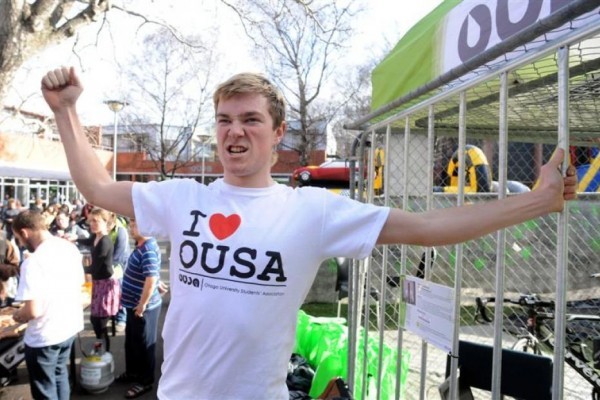 Critic tries its hand at clickbait

When you flick over this page you’ll find an interview with Grant Robertson, Finance Minister. During this interview, however, Voluntary Student Membership (VSM) managed to dominate the conversation. Because what he had to say was interesting, and also because most people don’t know what the fuck VSM is, we decided to give it its own piece.

VSM was introduced by the ACT party back when it was actually a party and not just David Seymour putting on ever tighter pants in the hope it’ll trick people into thinking he’s politically relevant. It essentially meant that rather than students directly funding their students’ associations, we switched to Service Level Agreements (SLAs), where universities charge the same fee that students’ associations had previously, and then used this fee to hire the associations to provide roughly the same services.

OUSA was basically the only association to survive VSM unscathed. We’re lucky that Otago Uni appreciates the value of OUSA’s services – things like academic advocacy, Queer Support, class reps, the foodbank, the hardship fund, clubs grants, R U OK, $3 lunch, recreation courses, and even things like O-Week, Radio One and Critic (although we are largely funded by ads).

Former student union leaders-turned-politicians such as Grant and the Minister of Education, Chris Hipkins, have received flak from students for not prioritising its repeal now that they are in government.

As President of OUSA in 1993, before VSM, Grant remembers the benefits of having “certainty of funding and [the] ability to control our own destiny”. To him, student control of student fees was always “really important”.

He sympathises with the current student associations, noting that “it’s clearly a different environment when the university is effectively controlling how you get your money”.

Despite knowing what it’s like to be on the other side, Grant defended the lack of repeal so far, explaining, “I think it’s one of those prioritisation issues. What I believe, is we need to figure out what [the middle ground between parties is] and then legislate for it. And for me that’s something like a kiwisaver opt-out style, where you tick a box and say you don’t want to be in the students’ association, otherwise you are.”

Though not a priority, Grant did let slip that he knows “some of the Labour backbench MPs are considering it as their own private members bill”.

To be fair, Labour did vocally oppose VSM when it was being brought in. Grant recalled filibustering for “months and months” on a local bill in his name restructuring the Royal Society, saying they “gave some magnificent speeches that went on for many, many hours and days,” however ultimately “couldn’t quite outlast the time”. He added that “[filibustering] is really hard to do in New Zealand parliament - it’s not like the US system where you can read out the phonebook or whatever. In New Zealand you actually have to debate the law itself. The next bill on the order paper was the VSM bill and we ALMOST pushed it so it couldn’t go through. But in the end, National and ACT conspired together. And during that period of time, one of the things that even National MPs conceded is that there was some middle ground that was possible.”