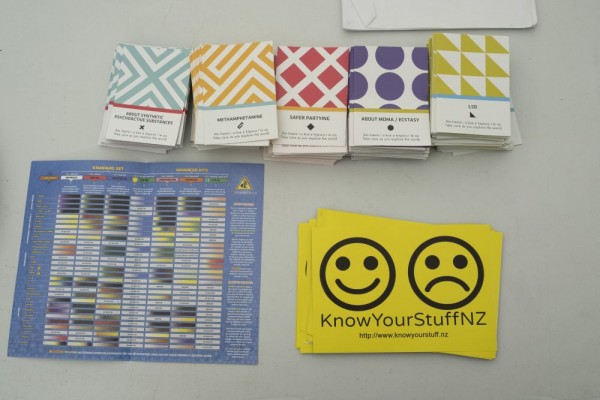 Report glosses over the most dangerous substance at Hyde - love

OUSA’s second trial of their new drug testing initiative at the Hyde Street Party found a potentially lethal substance that they were able to put out warnings about over social media.

The initiative, run in conjunction with KnowYourStuffNZ and the New Zealand Drug Foundation, was used by 81 people, following a trial in O-Week which saw 61 people use the service to make sure their substances were what they thought they were.

Unlike the O-Week testing, the testing at Hyde was run using a spectrometer, a machine that gives a precise breakdown of the substance tested. This accuracy helped KnowYourStuff identify an unknown cathinone (bath salts) that they’re calling ‘C86’. In their alert they said that “This substance is so new that we do not know of the health risks”.

OUSA President James Heath told Critic "we're very happy with how KnowYourStuff went at Hyde. In particular, the post on the OUSA FB page, alerting students to a potential problem substance identified during testing, is a perfect example of what the service is there for. This is what harm reduction looks like.”

James said that OUSA is looking to continue drug testing at its events. “I'd like to see this continue, not just at OUSA events, but at similar events across our country," he said.