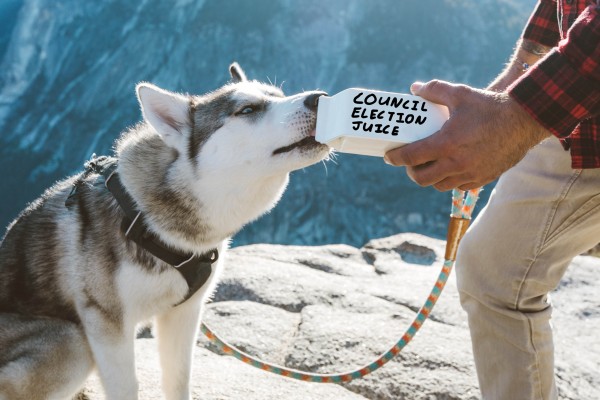 OUSA Finance Officer Will Enrol Anything that Breathes to Vote

OUSA Finance Officer Bonnie Harrison has proven that she will stop at nothing to get students enrolled to vote in the upcoming Dunedin City Council elections, going so far as to ambush people with voting papers while they’re lining up to get their tickets for Hyde.

Desperate to understand why anyone would care about local body elections, we suspected an ulterior motive behind her vigorous campaigning – does democracy simply give her a sweet rush? Was she running in the election, eagerly searching for supporters?

“I care because I feel like people see their politicians and representatives as untouchable, unreachable, unrelatable people. Barry from the DHB probably went to the Col. Veronica from the ORC has probably killed a few indoor plants in her time. Politicians aren’t different from you - and they’re not better than you. Your vote is worth just as much as anyone else’s. Why not demand better? Why not make George Street pedestrian friendly, and make your scheming landlord put insulation in your flat? You can, and should, smack your fist upon the table of Dunedin. And since you ask, Critic, I sure am running – to the voting booth, that is! Kachow.”

When asked what size gathering would be too small to be worth her time to campaign to, she said she was “reluctant to say two, since a one-on-one scenario is a tad intimate … but now that I think about it, learning one another’s addresses during a romantic enrolment sheet sign-out is the perfect segue into whose house to go to later”.

Critic did manage to trick her into telling us what she would rename the DCC - something she could only do from the highest seat of power. She said she was stuck between “Democracy Hoes and Voting Bros”, “HOT NUDE BABES IN YOUR AREA 18+ NO SIGN UP NO CREDIT CARD NO BULLSHIT”, and “ABBA Reunion Tour (the only other name that gets me as buck wild as the Dunedin City Council)”.