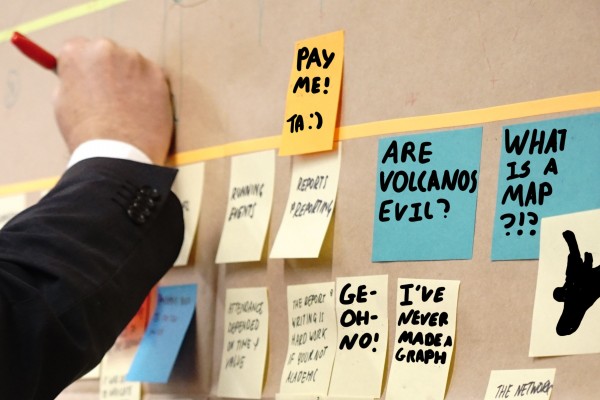 A few weeks ago Critic looked into inconsistencies in tutor and demonstrator pay rates, and generally found that those who are getting a bad deal are the exception, not the rule. However, those on the worst end of the spectrum could be missing out on hundreds of dollars each semester.

Nadia Tenouri and Garrett Lentz are both PhD finalists in the Geography Department and each have almost a decade of tutoring experience. They are both on Grade C ($21.58 an hour), and believe that the payment guidelines prove that they should be at the maximum, Grade D’s $29.38 an hour.

Payment guidelines that are set by the University suggest that senior PhD candidates should be paid Grade D. Grade C is for graduates with a Masters degree, which does also include Nadia and Garrett. Professor Tony Ballantyne, the Pro-Vice Chancellor of Humanities, notes that these scales are not the only thing that is taken into consideration when determining pay. Other criteria include relevant experience and the complexity of the job.

But Nadia and Garrett believe that these criteria should be grounds for increasing pay, not decreasing.

To address their concerns, Nadia and Garrett had separate meetings with the Head of Geography and the Humanities Human Resources Officer. Although they were hopeful for constructive conversation, they claim that the purpose of this meeting was “for HR to make excuses for the Department’s decision to underpay [them].” One “excuse” Nadia received was that PhD candidates only get bumped to Grade D after at least two years experience in teaching a particular paper. However, that was the first time she had heard of this.

Not all tutors from the Geography Department are unhappy with their pay. While Dylan Cliff told Critic that it is “absolute bullshit” that undergrads get paid so poorly, when it comes to the postgraduate pay, he said “it’s alright.” Dave Borrie, another demonstrator (and lead bassist of The Shitz), also said “the consensus across everyone (bar the two who complained) is that we're all happy, and the staff have been so accommodating.” Dave is a Masters student who is also on Grade C. Dylan was unable to confirm his pay details in time.

When Critic asked Nadia why she accepted a tutor contract in the first place if she felt she deserved more, she said “it is a choice between less than you think you should get, or nothing.”

According to Professor Ballantyne, each academic unit sets their own expectations for appointing tutors and demonstrators, and all ensure that they align with the University Guidelines.