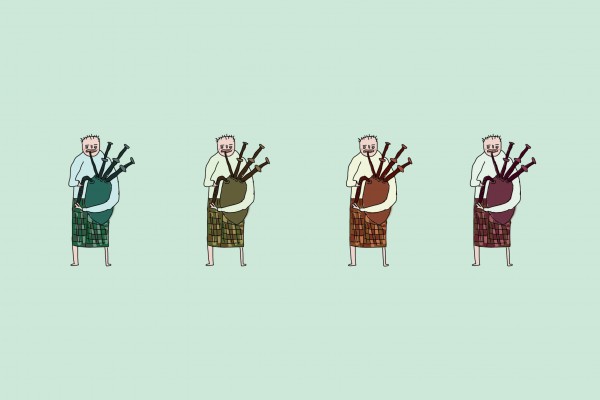 The motherfuckers were super keen to practice outside your flat for 7 hours straight last weekend, but didn’t show up for their reservation.

Bagpipers took over Dunedin’s airwaves (and sanity) last weekend. Though they appeared to be very dedicated to their rehearsals and performances, the pipers apparently weren’t as committed to keeping up with their reservations at U-Bar.

The Annual Pipe Championships hosted by the Royal New Zealand Pipe Bands’ Association blasting the Braveheart soundtrack across the entirety of Dunedin last weekend. While listening to the pipers was pretty dope for the first thirty minutes (I sat in my flat eating Doritos, imagining killing English noblemen with a broadsword), we can all agree that damn, that shit lasted a long, long time.

A student living near one of piping locations was forced to escape to the library. Expecting it to have ended by the afternoon, the source said, “when I came home at three, ready to waste away in bed, I discovered they were still fucking going. God I fucking hate bagpipes.”

The piping competition typically ends with an after-party. An anonymous piper reported they “pretty much they always hold [an after-party] somewhere all ages can attend. Usually they promote it quite a bit so people show up, but also it is usually in town.” This time, something was off, however, as only a fraction of the expected pipers showed up at the chosen venue, U-Bar (formerly Refuel).

Someone present noted the lack of pipers.“700 people were expected, and they’d rented up half the Union Building, but like 70 people actually showed up.”

“I'm guessing people didn't go because I don't think anyone knew where it was,” said the anonymous piper, who didn’t attend the event either. “I didn't hear anyone mention it once. Also, it was at Uni, not close to town, and you would have no idea where it was if you weren't from Dunedin.”

Where did the approximately 630 missing bagpipers go? To a dank basement somewhere to play Dungeons & Dragons? To stage a nude photoshoot? To provide background soundtrack for the latest Scottish independence attempt? It can’t be determined for sure, but the truth is likely decidedly less interesting.

“I presume everyone else got drunk at their accommodation, then went to town,” said Critic’s piper source.

Who knew bagpipers were so savage?