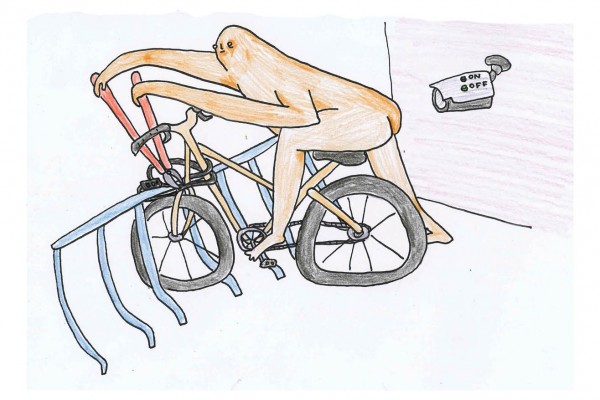 Someone call the bike police!

Several students told Critic that they felt they had misplaced their faith in Campus Watch and the CCTV rollout after their bikes were stolen from campus, despite being locked at bike sheds.

Two students Critic spoke to said their bikes were stolen in the last three months. They were both stolen outside of university hours from the Castle Lecture Theatre bike stand and both had combination locks.

Over the last two years, there have been 13 reports of bike theft to Campus Watch, although one of the students Critic spoke to said they did not bother making a report. One student estimated their stolen bike to be worth $2000, saying that it was their primary mode of transport and that they didn’t have insurance.

After the student spoke to representatives at OUSA Student Support, they were informed that “several students have been coming forward who were really desperate for the OUSA hardship funding” as a result of their bikes being stolen. “Police then told me there was nothing that they could really do about it,” said the student. Another student said they sometimes saw bikes and bike locks broken at the stands due to “opportunists attempting to steal them”.

Rolling out an extensive CCTV program last year, the University has invested the most into safety and security out of any university in the country and potentially Australasia, according to Proctor Dave Scott. The student Critic spoke to had kept their bike on campus for the last two years, saying they felt fine leaving their bike after-hours, as they “believed security cameras were installed in the vicinity of the bike stands”.

When their bike was stolen, they were told different accounts by three members of Campus Watch. Firstly that if the culprit could not be identified by Campus Watch on camera, then there was nothing they could do, secondly, that there was a camera but that footage from it was not being recorded and then thirdly, that there was in fact no camera at the bike stand at all. The Proctor’s Office confirmed that while there are no cameras inside the Castle bike shed, there are cameras close by that show part of the shed, as they have “had to prioritise resources to where the greatest needs are for camera positions around campus”.

The student told Critic, “I want students to know how hopeless the process actually is; it goes to show that having Campus Watch on campus doesn't actually prevent things from being stolen”. Campus Watch maintains that they are “totally committed to doing their best towards the safety of all users of the campus and their property”.

Campus Watch said the security of personal property is “everyone’s responsibility”. To reduce the chance of theft, they recommend locking your bike with a good quality bike lock, knowing the make, model, colour and the serial number of your bike and having a photo of the bike on your phone. They said to avoid leaving it locked up for long periods of time and if a bike was stolen, they asked students to report it to Campus Watch and the Police.