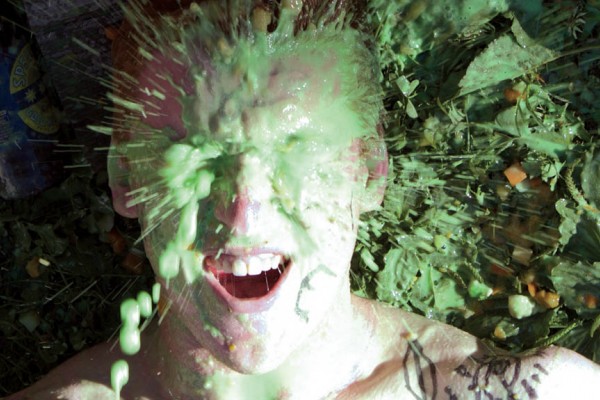 No One Disciplined for Initiations in 2018

On an unrelated note, also no one disciplined for mutiny on the high seas

In 2017, seventeen students were excluded from University for initiation-related incidents, following an initiation at Cumberland Street flat Debacle that was called “sadistic,” “disgusting,” and “absolutely revolting” by media commentators (because who else do middle-aged Stuff commenters love to hate on more than Otago Uni students?). Nine people involved in the Debacle initiation were excluded.

After Debacle, the University cracked down on initiations. Or, in the words of the University Provost and Proctor, they took a “proactive approach”. In an initiative supported by OUSA and Residential Colleges, Proctor Dave Scott and Deputy Proctor Geoff Burns visited fifty flats known for hosting initiations to deliver letters outlining their responsibilities.

The letter highlighted the University of Otago Code of Student Conduct, which states that initiation events that jeopardise fellow students’ well-being, personal safety, or encourages breaking the law are forbidden, and that initiations cannot require the consumption of alcohol or drugs. The Code of Conduct says, “the statement by any student that they willingly participated will not excuse the organisers of responsibility”.

In the letter, Dave Scott said he was seeking a significant “culture change” before a tragedy or student death occurs. He urged hosts to “remember your guests are human beings” to be “treated with dignity and respect,” and reminded guests that initiations have “nothing to do with your tenancy agreement for 2019”.

Provost Ken Hodges said that the “dangerous antisocial behaviours” observed in 2017’s student initiations were not evident in 2018, yet admitted it naïve to assume that no inappropriate flat initiations took place.

Indeed, former Castle Street residents that Critic spoke to say that Proctor Dave Scott was “well aware” of several initiations happening on the street, which resulted in a telling off but no disciplinary measures for students.

Two former Castle Street residents recount Scott visiting their flat, saying their initiation could go ahead so long as “people are having fun and not getting hurt or embarrassed”.

“He said ‘don’t do anything you wouldn't do to your little sister, don’t make them eat cigarettes and make sure you look after them afterwards.’ He pretty much said as long as it’s safe and dignified, it’s okay,” said the students.

The students were pleased with the Proctor’s stance, but thought it was “mixed messages” that the Proctor’s verbal approach seemed considerably more relaxed than the letter they received. “He obviously knew we were having alcohol and he said he was happy with that,” they said.

The Proctor has the power to exercise discretion in cases like this. Scott confirmed with Critic that he didn’t say that initiation events need “to be alcohol free,” or that they “cannot take place”. Instead, he said both his visits and letter were aimed at “strongly discouraging the dangerous practice of coerced and forced drinking”.

Scott said “I would be naïve to think [initiations] did not occur” or that some behaviour “fell outside expectations – but what I can tell you is that to my knowledge, no one was admitted to Dunedin Public Hospital with alcohol poisoning, or having been poisoned by some concoction they were forced to drink,” there were no complaints from initiation guests, no events drew “several hundred witnesses” and “no students were excluded from the University . . . so this is a win.”

Scott said, “the alternative is that we don’t raise this with students – and we sit and wait for the inevitable – and when a death occurs we try to justify our inaction. We are not willing to do that”.