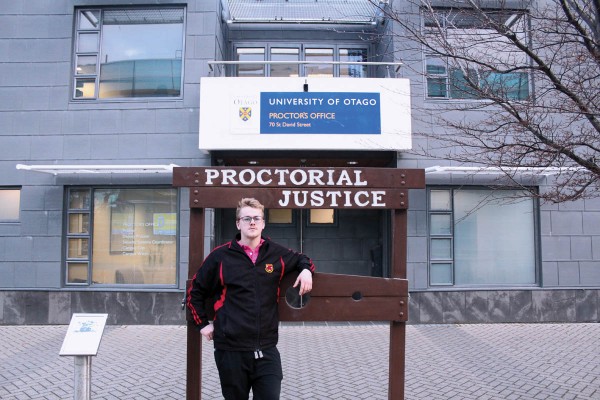 EDITORIAL: When the story of the Proctor entering student flats to remove bongs broke last week, there was naturally an angry reaction from a lot of people. A petition demanding Dave Scott’s resignation got over 2000 signatures before it was taken down and Abe from Whakamana is talking about a private prosecution of Harlene Hayne and/or Dave Scott.

Here’s my two cents: firing or prosecuting the Proctor won’t achieve anything but give all the angry people a sense of vengeance and schadenfreude. It won’t actually do anything to improve the student experience. What we need is a reformed Proctor’s office with a clearer definition of their role and a commitment to pastoral care rather than nit-picking and catching people out on minor rule breaking.

The University Proctor is not a cop, and despite his claims that he had to either call the cops or destroy the bongs himself, there is one other option that hasn’t been discussed: Just fucking ignore it. You don’t have to do anything.

There is no legal liability to report every crime you see. There might be for a cop, but the Proctor and Campus Watch are just regular people whose job is to stop dangerous and disorderly conduct. It would be perfectly legit to just ignore the bongs, or give the students a cheeky warning to keep them hidden in case some cops come by. It’s not their job to stop parking infringements or jaywalking, and it shouldn’t be their job to stop you smoking weed.

This kind of crackdown on things which are technically illegal but not disorderly conduct is a genuinely dangerous precedent which could really hurt the Proctor’s Office’s ability to provide good pastoral care, because it makes students less likely to come to them for help.

Imagine if someone gets too drunk and passes out at a party but the hosts spend 10 minutes hiding bongs before they call Campus Watch? That’s potentially a life or death situation. Or what if some random cunts crash your party and get aggressive but you’re scared to call because you took some MDMA earlier in the night and think you might get in trouble? Or if a 17-year-old student is assaulted on a night out but thinks they’ll get in trouble if they tell the Proctor because they were drinking underage?

The Proctor and Campus Watch cracking down on non-harmful behaviour is hurting their standing in the community. It’s going to impact their ability to protect students, because they’re no longer being seen as the GC parental figures they want to be, but as the strict vice-principal threatening you with detention because you didn’t straighten your tie.