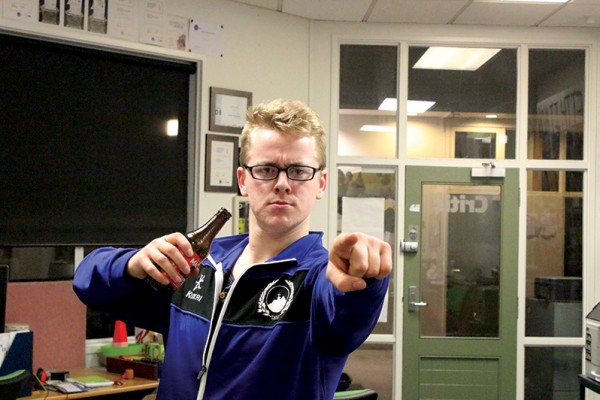 Editorial: This Is Who You Should Vote for in the OUSA Elections

Editorial: Firstly, welcome to the Drugs Issue, our biggest issue of the year. The print run this week is 6,000 copies, that’s up from just over 3,000 at the start of the year, so a massive thank you to all you wonderful people for being bored enough to pick up a Critic.

It’s OUSA election week, so doing a Drugs Issue is basically a blatant ploy on our part to try trick you into reading some election coverage and maybe even voting. Don’t worry, there’s still heaps of drug chat, but please, please, read a little bit of the news section, even if it’s out of pity.

We at Critic have had the unfortunate pleasure of consuming way too many candidate debates, interviews, and poorly written Facebook policy announcements. Student politics is boring as shit, and we’re doing our best to make it interesting.

Critic is officially endorsing candidates this year because why the fuck not.

These are the candidates that earned themselves an Official Endorsement From Your Favourite Student Magazine That Begins With ‘C’ and Ends With ‘Ritic’:

Bonnie stands out not only for being really sharp and onto it, but most importantly for being genuinely opinionated and outspoken, which is something that the exec sorely lacks this year. Far too many exec members have been limp fish with no willingness to get in an argument or even share any original thoughts on their own. We don’t need an exec dominated by 2 or 3 people and a bunch of sycophants who just vote along with their friends. We need strong independent voices like Bonnie.

Sinead has been a standout activist for students this year. She organised a public forum on Student Health changes after the uni failed to consult students, she forced Humanities Vice Chancellor Tony Ballantyne to actually front up to students of the humanities restructure and how it would affect postgrads. As a volunteer for Critic she exposed a major sexual harassment scandal at NZUSA. She has achieved more for student representation than most members of the exec have this year, and it’s not even her job.

[As we mentioned, Sinead has been a volunteer writer for Critic. We can say confidently that we genuinely believe she is the best person for the role, regardless of any previous relationship.]

Pou stood out for being outwardly focused while his opponents were obsessed with internal OUSA procedures. He showed genuine passion for issues that mattered to him, namely te reo usage and cultural clubs. He has the experience required (4 years as an exec member for Te RoopūMāori and the Māori Humanities Students Association), while still bringing a fresh perspective.

Plus his campaign video was easily the best since Ryan Edgar and Zac Gawns’ naked motorbike ride on the beach in 2014.

We have faith that Pou has the passion to get shit done, and the ability to do it right.