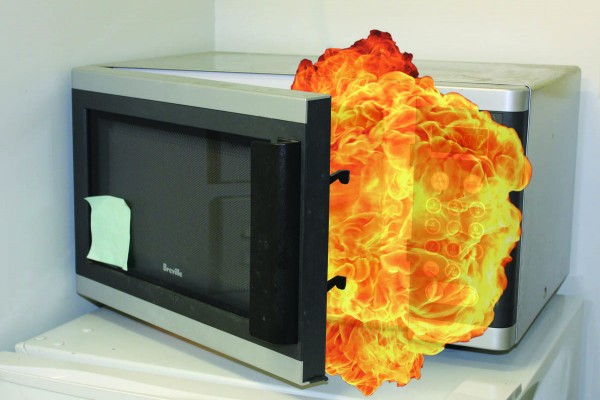 In the most important news Critic breaks this week: a microwave has been reinstated in the Women’s Room on a trial basis after a two-year struggle, although the University said the microwave will be removed again if people revert to the dangerous behaviour of leaving their cooking unattended.

The Union Building Women’s Room has been without a microwave for the last two years since an incident where unattended cooking caused the Union fire alarms to go off. One Women’s Room user, who was present at the incident, told Critic that “someone went to warm up a cookie, didn’t really set a timer, and then walked out. It didn’t start a fire, but the whole room smoked up”.

A University of Otago spokeswoman said this “posed a risk to everyone in the Union and Central Library”.

The microwave was relocated from the Women’s Room to downstairs in the Link because of the fire risk.

This year OUSA Welfare Officer Abigail Clark pushed for the microwave to be returned. To support her, the Women’s+ Club collected signatures from users of the Women’s Room promising to look after the room.

She succeeded and the microwave is now back.

Critic would like to remind all readers that leaving cookies unattended makes them sad, so don’t do that.