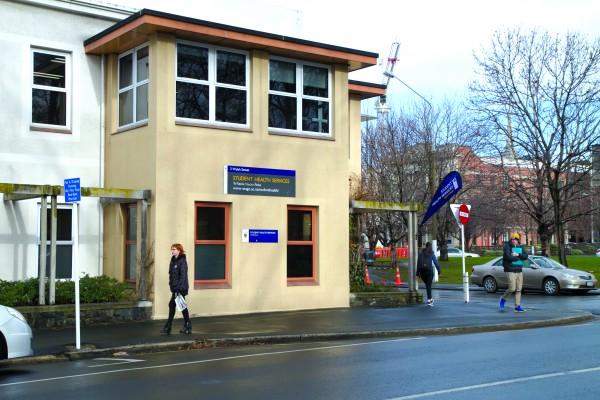 Stay safe out there, friends

The University is currently operating with no specific suicide prevention or postvention policy, though a new plan hopes to bring together existing efforts in an over-arching system.

Until now, the University’s suicide prevention and postvention efforts have been spread throughout many different parts of the University, including Student Health, Colleges, OUSA Student Support, and the Proctor’s office, according to Margaret Perley, Acting Director of Student Health.

A new “Framework for Suicide Prevention,” from Otago’s Healthy University Advisory Group (HUAG) aims to bring the existing resources together and ensure a consistent, formalised approach.

No timeline is set and the University would not release policy drafts or other working papers.

Victoria University has had suicide prevention policies in place since 2014.

John Adams, HUAG Chair, said Otago University wants its framework to be “well thought-through and reflective of the nature of this community. This takes a researched approach, and time”.

Vice-Chancellor Harlene Hayne said that the University takes a “holistic” approach to suicide prevention which is why it’s spread across so many services.

“[This] is based on international best practice and is informed by research evidence… andfocuses on creating an environment that fosters resilience”.

“We have been tackling a number of issues that contribute to a healthy campus environment including sexual assault prevention, changes to Student Health mental health services, additional training for front-line staff like RAs and Campus Watch, and educational and support opportunities such as those provided through the Silverline Festival.”

However, Corinda Taylor, founder of Life Matters Suicide Prevention Trust, feels the framework is long overdue. She said there has been a “lack of training” despite suicides and suicide attempts among students.

“Education is very important. If there was a meningococcal outbreak everyone would have been informed how to spot the symptoms and prevent the spread. Why not for suicide? They’ve got policies for everything under the sun, but not this”.

Corinda argued departments need people trained in suicide prevention, the same way they have first aid and fire wardens. “Lecturers don’t know what to do when a student displays suicidal behaviour or says they’re thinking about suicide.”

Corinda also doesn’t feel the “holistic” approach is working how it should. “Students shouldn’t be bounced out of Student Health and around all these different services.”

John Adams was vague in answer to Critic’s question about whether there will be a process of student consultation on the framework, instead pointing to the two student representatives on HUAG, both members of the OUSA Executive.

HUAG member and OUSA Welfare Officer Abigail Clark said the draft document is confidential and could not comment on it, but encouraged students to email her their thoughts at welfare@ousa.org.

What Do Students Think?

One group of students appreciated the range of support they were offered after their flatmate committed suicide. The Proctor and Chaplain both met with them in the days following and Campus Watch dropped off pizza on the first day. They noted that the Uni also didn’t hold back offering Polytechnic students the same services and support.

Another student said they “valued the Proctor getting in touch after my friend’s suicide. It was important to know the University was aware of my situation. However, that was the only contact I had from him. It was good to be pointed towards support services, like Student Health, but I was nowhere near ready for counselling. I was still in shock, it was before the funeral.”

They hoped a framework would increase the continuity of postvention support, and thought it would be good if the Proctor even checked in again at the start of the following semester.

Another student said they found the Proctor very supportive and professional when they went to see him about getting evidence to drop a paper. He saw them straight away, “even though his secretary said he was pretty busy”.

“He knew exactly who I was even though he hadn’t met me, and wrote the evidence letter then and there.”

“My lecturers were all amazing when I explained what had happened and have continued to support me,” said another student. Several students also found Student Health to be very proactive in the immediate aftermath of a suicide.

However, students said quality of postvention varied across colleges.

The flatmates of one student who committed suicide last year also said their former residential college was “amazing”.

They were invited us to come over for free meals for as long as they needed and the college helped organise and host a “really special” memorial service. The head of the college attended the funeral.

In comparison, another student felt that although well-meaning, their former residential college’s response was a bit “tone-deaf”.

“They offered us access to the college and meals, which was nice. I know they really care; they just seemed a bit out of their depth with how to speak about [suicide]. Maybe a University Framework can give them some solid steps to take in that situation.”

If you think someone is in immediate risk, please call:

If you, or someone you know, is experiencing mental distress or just not feeling quite right, get some professional support. There is funding available via StudyLink to access a subsidy from WINZ to cover the costs of private therapy for students if you can’t afford it.