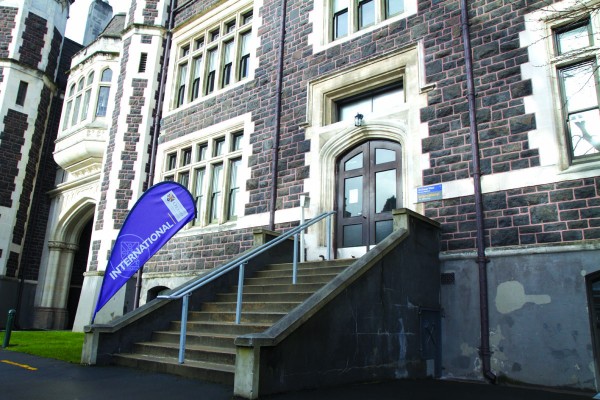 No contraceptives for the foreigners

International students are not covered for the same health issues as domestic students are, despite paying high rates for insurance, with many labelling the system as unfair.

The insurance plan that Otago automatically enrols international students into  - Studentsafe University - is pricy, at $620 a year, and severely lacking on the health side. It covers a fair chunk of travel and property stuff, but very noticeably excludes a long list of health issues, mostly around sexual and mental health.

Exclusions include any form of birth control, abortion, pregnancy, childbirth (unless there are serious complications or emergencies), health screenings, medical and dental reviews or vaccinations, consultations, appointments and treatment for sexually transmitted diseases, including AIDS and HIV, and injuries that have happened because of “manual” (non-academic) work.

Full-year students are eligible for one sexual health consultation per calendar year, but they still can’t get routine smear tests, consultations not provided by a University health centre, contraception or condoms, prescriptions generated by health centres that are not part of the University, or blood tests.

Depression, stress, anxiety, mental or nervous disorders, suicide or attempted suicide or self-injury, are also all listed as exclusions in the insurance policy, however all “reasonable” expenses incurred in New Zealand for the treatment of any of these can be claimed for.

Jason Cushen, Director of the International Office, told Critic that international students aren’t covered for the above list because Otago is only expected to meet the Code of Practice legislation, which does not cover the above list of exclusions.

Doctors at Student Health still try to help international students as much as they can, despite the limitations. Peyton Bond, an international postgraduate student, said she and other friends have had “pseudo-diagnoses” because doctors know that they aren’t covered for blood tests and that their international patients can’t always afford to pay out of pocket. “The other day my doctor gave me medicine for [a health issue] because that was the most likely thing, even though it could’ve been confirmed or disputed by a blood test.”

Umi Asaka, OUSA International Officer, told Critic that the fact that standard insurance does not cover sexual health and vaccinations is “unfair”.

“Things need to be fairer for international students. Insurance itself is not cheap at all, and when it does not cover things that can be very crucial, it can make us feel vulnerable.”

Umi also pointed out that international students have to pay for medical checks and an X-ray every 3 years to immigration in order to apply for a student visa. Some of the students have to provide these documents every year, depending on their health conditions. Those costs are not covered by the insurance and each of them cost around $250, which is another financial burden on top of all the high fees that they have to pay.

As a research-focused University, Umi suggests that Otago should get behind researching the sexual health needs of international students, which could then reveal data that could be used to lobby the government for improved legislation.