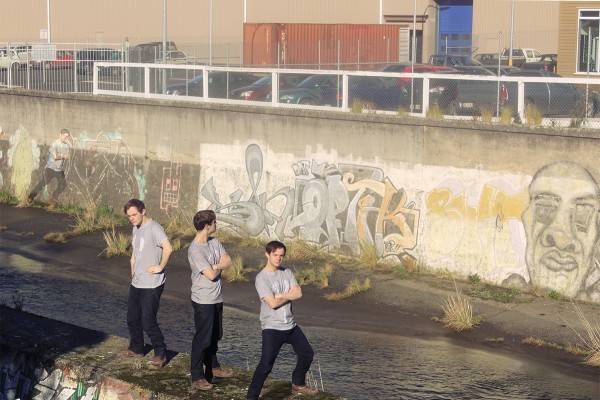 OPINION: The Otago Regional Council Are Trying to Ruin the Leith

The Otago Regional Council have unveiled plans to drastically remodel the lower Leith, from the Clyde Street bridge to the stadium. THIS IS A TRAVESTY. The designs, which have been approved by the ORC, represent the complete destruction of everything good and pure in our world.

The awe-inspiring neo-industrial cement fixings and balustrades on the heritage-listed vertical embankments are to be RIPPED DOWN. The historic street art, featuring some of New Zealand's most famous artists, like Ralph Hotere, Seraphine Pick, and Shane Cotton, and valued by Critic at over 17 gazillion dollars, is to be thrown on the bonfire of history.

In their place will be a sanitised neoliberal ‘walking path’, complete with seats specially designed so that people can’t sleep on them or do cool skateboard tricks and spikes just under the water to deter kayakers.

Just because an architectural style is no longer ‘fashionable’ does not mean that it has less worth than your ‘modern’ stylings.

What’s next? Tearing down architecturally unique buildings just because they’re ‘ugly’ or are riddled with ‘asbestos’?

The DCC say that the most common feedback they received was that people wanted improved access to the river. Clearly these people have never actually been close to the Leith; it’s literally just water, you know, the same stuff that comes out of your tap. Anyway, do we really want any idiot being able to access the river? Fuck no. Look what happened upriver, where following greater river access, near-fatal maulings by trout have increased 13% and jellyfish attacks have increased by a whopping 16.3%.

Not to mention the ducks. Have you thought about the ducks? It’d be highly disruptive to ducks.

I will be holding a protest against this wanton destruction of our heritage on the historic bridge next to the art school on Tuesday 1pm.

This has gone too far. For too long have the DCC been able to get away with doing shit to the Leith without any repercussions. Today *assuming today is Tuesday* is the day we rise up! Today *I think people will read this on Tuesday* we reclaim the right to decide not to fuck with our perfectly nice river infrastructure! The day *please be Tuesday* we take down the local government!