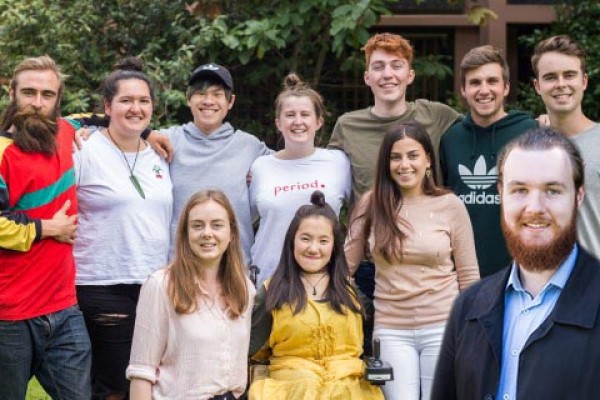 How the OUSA Exec Are Doing

In a move that shocked the world to its core, the latest OUSA exec reports were even more boring than first semester. So instead of covering the reports, we’re just going to give you a general update on how the exec are doing based on our half-awake observations.

Caitlin seems pretty stressed most of the time. She’s been training for the Charity Boxing event and apparently everyone else is afraid to box with her because she’s been taking her pent-up frustration out on her opponents. “It’s not my fault that my definition of ‘light boxing’ is not the same as theirs,” she told Critic indignantly.

Roger is either not doing all that much or isn’t great at remembering stuff during exec roundups, the bit of exec meetings where everyone says what they’ve been up to. One week he admitted that, apart from attending a wine and cheese event, he “hadn’t really done a lot”. Having said that, Roger’s a delight and gave us a muesli bar as we were writing this.

Sam seems to be doing a fine job. It’d be hard to tell if he wasn’t though. Numbers are hard.

Abigail works too hard and she’s just too gosh darn nice. Critic recommends that she do her job less.

After a first semester that seemed to mainly consist of organising banal events like colouring in competitions and cuddle fixes, Norhan seems to be doing some more serious work lately. She’s organising a campaign to increase RA pay after 86% of students said in the last referendum that they wanted RA pay to fully cover the cost of accommodation. OUSA are currently accepting submissions on this, so we’d encourage anyone who cares to email your thoughts to colleges@ousa.org.nz.

James has taken the title of ‘serious boi’ to heart. He also regularly tries to interest us in his boring education meetings and submissions. We’re not interested.

Cam’s obsession with the OUSA Constitution in all its intricate detail has not been diminished this semester. He’s recently spent a lot of time re-writing policies to change minor details that might be very important or might be not important at all. For all we know he might be secretly taking over the organisation. Also, Critic recently found out that Cam lives a secret double life as a “Tropical House” DJ named “Meado”.

Kirio faced an incredibly narrow vote of no-confidence last semester; 65% of students at an SGM voted to remove him. The vote needed 66% to succeed. For someone who has a lot of people who think he can’t do his job properly, Kirio seems to be fairly unfazed. He’s recently tried to get away with not setting up a Postgrad Committee, which is literally the most basic part of his job. The exec ordered him to form the Committee. He reluctantly agreed. Stay tuned for updates.