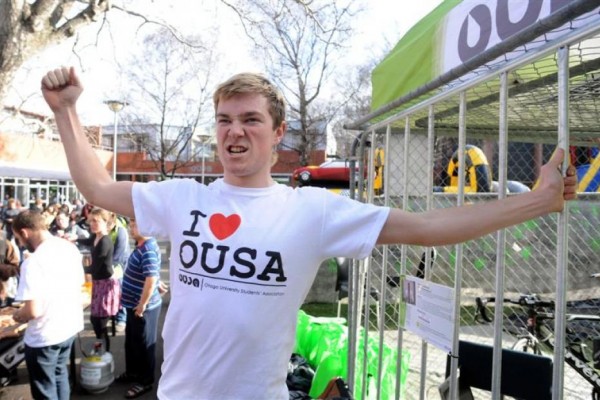 The New Zealand Union of Students’ Associations (NZUSA) has begun a behind-the-scenes campaign to repeal Voluntary Student Membership (VSM), offering the greatest hope for reversing the controversial policy, which has been responsible for gutting students’ associations across the country since it was introduced in 2011.

VSM was introduced by the ACT party back when it was actually a party and not just David Seymour putting on ever tighter pants in the hope it’ll trick people into thinking he’s politically relevant. It essentially meant that rather than students directly funding their students associations, we switched to Service Level Agreements (SLAs), where universities charge the same fee that students’ associations had previously, and then uses this fee to hire the associations to provide roughly the same services.

This means universities control the funding for their student associations and can cut it at their discretion. In most cases, this meant major cuts to essential services such as counselling and advocacy. Logan Edgar, 2012 OUSA President, famously locked himself in a cage on Union Lawn to protest the introduction of VSM. For all we know he might still be there.

Under National, repealing VSM was considered impossible, but now that a more student friendly government is in power it looks like there might be some hope that VSM could be on its way out.

Cam Meads, OUSA Vice-President, said that he has begun the “background” work for a national campaign to repeal VSM in conjunction with NZUSA. He says that a campaign strategy has been drafted and that Jonathan Gee, NZUSA President, is currently meeting with MPs and Ministers to “establish channels”.

Unfortunately, while Chris Hipkins, Minister for Education, says Labour “vigorously opposed” VSM, he told Critic that it was not “one of our most immediate priorities.”

One possible alternative if Hipkins won’t introduce a Bill to repeal VSM himself, is to have a Labour party backbencher or a Green Party MP write a Members Bill, which would go in a ballot box to be randomly selected for debate. Even if it is not an “immediate priority” for Labour, the party would likely still vote to repeal if it were drawn randomly.

Chlöe Swarbrick, the Green Party’s Spokesperson for Education, could be a likely candidate. She told Critic that she’d “had conversations with student associations about their challenges regarding funding and membership, but presently have no intentions and am exploring options and solutions.”

In the recent OUSA referendum 67% of students said they wanted VSM to be repealed.

Also, someone should probably check whether Logan Edgar is still alive.