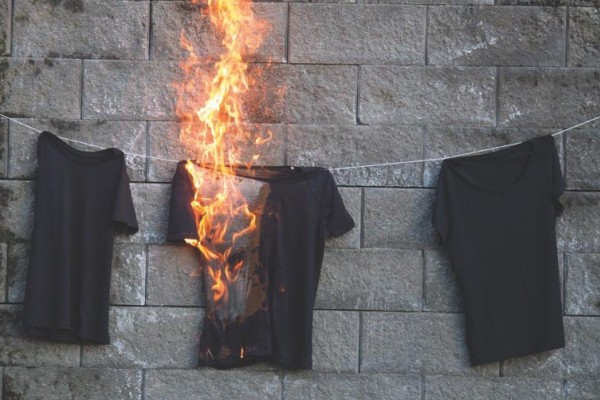 Last year, the New Zealand Union of Students’ Associations was celebrating a $1.4 million dollar contract with ACC to combat sexual violence.  The deal was quietly cancelled due to a sexual harassment scandal within the very organisation meant to fight it. Sinead Gill investigates.

Thursdays in Black is an NZUSA campaign that bills itself as “a national student/whānau movement towards a world without rape and sexual violence”.

Last year, they released the report “In Our Own Words” which explored over 1,400 tertiary students’ experiences with sexual violence.

During the release, NZUSA outlined a three-year plan of sexual violence prevention programmes and campaigns, which would be funded by a $1.4 million dollar ACC contract signed that same month.

The massive contract more than doubled NZUSA’s financial capacity and allowed them to hire 13 ‘field reporters’ nationwide to run the campaign.

But then the dick pic happened.

Some time late in 2017, a high level staff member within NZUSA allegedly sent a dick pic to multiple members within their sexual violence prevention team.

In the immediate aftermath, all three members of the sexual violence prevention team resigned. Their resignations were accepted immediately and they were not required to complete their two weeks notice.

James Funnell, ACC spokesperson, says that this came to their attention in late December, and that they were referred to the NZUSA president to “investigate and provide feedback”. In late January, ACC and NZUSA agreed to suspend the $1.4 million contract, with ACC citing “allegations of sexual harassment and poor employment practices”.

With the funding gone, as February rolled around, the 13 field reporters – all tertiary students – were made redundant. In the redundancy notices, NZUSA President Jonathan Gee said that the ACC contract had been cancelled “due to staff departures”. He did not acknowledge that those departures were in response to internal sexual harassment.

Leigh Fletcher, one of the laid off field reporters, said that “Jonathan didn't mention any allegations of sexual harassment or any issues whatsoever beyond ACC funding withdrawal and internal organisation problems.”

“It horrifies and angers me. I would expect that [an organisation involved with] this sort of project would be much more upfront and openly speak out against that sort of behaviour.”

Sarah*, another former field reporter based in Canterbury, says that at no point were they told what was happening to their team. She said the first they heard about the sexual harassment was when Stuff broke the story in May. “It’s pretty horrific to learn that you and 12 other students lost your jobs because someone was sexually harassing staff. Especially when our jobs were focused on preventing sexual violence.”

“The worst part is that many of the field officers are survivors [of sexual violence] and had been very keen to be a part of the solution.”

Is the whole thing fucked?

ACC says that NZUSA has completed a robust investigation and they are “satisfied that the matter has been appropriately handled”. They are planning to continue working with NZUSA across tertiary campuses, though what exactly that will look like hasn’t been determined yet. Around $500,000 of the $1.4M contract was spent before it was suspended.

Despite this, many former field reporters said they no longer feel that NZUSA is capable of effectively running the programme. “I have lost trust in NZUSA to make any progress on ending sexual violence,” said Sarah.

“It worked out to be a colossal waste of money,” Leigh said. “I had a conversation with one of my then-supervisors who said that they were also disappointed in the lack of organisation and clarity of the roles, the team above the field officers also seemed to me to be confused and without direction.”

Hannah said the failure was evidence of “deeper issue of [dishonesty] and mismanagement” within NZUSA and that “this happened because they misuse funding and treat staff like crap.”

“They hired us after they got ACC funding, but they didn't have a project in mind or any plans. So we were just there and made to work on other projects while being paid with ACC funding. We finally had a two day training where everything was supposed to become clear, but what was clear was the people who were managing us had no clue what was going either.”

Leigh said when she raised concerns to Executive Director Alistair Shaw he was “unprofessional and unwilling to engage with questions or concerns that I had in terms of not knowing what I needed to do or my responsibilities”.

Sarah said it felt like “a slap in the face” to hear they plan to restart the nationwide Thursdays in Black program, three months after getting rid of all the field officers who were working on it.

“NZUSA has already proved that they are in internal disarray, and achieved nothing in the 5 months of employment of all these people (up to 7 months when you include our notice period pay out). So it worked out to be a colossal waste of money. Universities have lost faith in NZUSA to do anything and the chances of them actually working “on the ground” is nil.”

Jonathan said it was “disappointing” that some of the field officers felt this way.

“Allegations against one person, no matter how serious, are not reason enough to lose faith in the huge amount of time, energy and skill students everywhere are putting in.” he said. ‘We acknowledge that it will take time to recover from the difficult period we have had, however I hope that this does not detract from what we have achieved, including through Thursdays in Black. The fact is, it is by working together that we have made such a big difference.”

Without the money, it appears that NZUSA is in no position to put their weight behind the few national campaigns that currently exist.

“That’s the most upsetting part right?” Sarah said. “There was this multimillion dollar project to work with all universities and polytechs to work on responses and prevention to sexual violence. Now all of that is lost.”