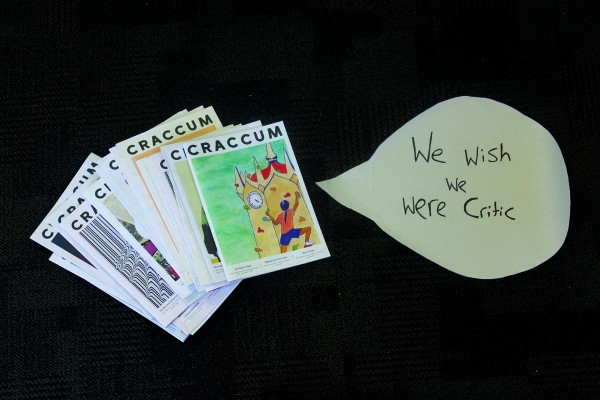 The co-editors of Auckland University’s student magazine Craccum have resigned, alongside the International Students’ Officer of the Auckland University Students’ Association (AUSA), due to unsustainable workloads. This marks five total resignations for student reps at AUSA this year.

Craccum co-editors Helen Yeong and Jasmin Kaur resigned in mid-June as they were required to take on work outside their job description whilst being underpaid. Craccum also struggled with a lack of structure and policy from AUSA. Craccum’s editors are directly answerable to the student executive, and they are not allowed to criticise their association, unlike Critic, which has editorial independence and can criticise who we want. Craccum editors are also elected rather than appointed.

Helen and Jasmin don’t “want to comment on the situation, we just want to move on peacefully and resume our work and studies.”

AUSA President Anna Cusack thanked the Craccum editors for their service. The position of “interim Craccum Editor” is being advertised and “many applications have been received. The first edition of semester two will go out as per usual.”

The AUSA Exec has also “reactivated the Craccum Administration Board in consultation with the Craccum Editors” to “approve policies put to it by Craccum and support the Editors.”

The International Students’ Officer Anis Azizi also resigned due to an unsustainable workload. Despite wanting “to do more for the international student community,” she had to maintain high grades to keep her scholarship and struggled to balance her time appropriately. Azizi’s said at first she “blamed it all on myself” however in hindsight “things could have been better if we all received better training, if we had a direction to go, if we had better communication and if leadership and management was better.”

“I can see that our president is still learning – everything is hard for her from the start and it’s unrealistic to expect her to get it right early on.”

Azizi is “still active with AUSA as a volunteer in the international student community.” “I loved what I do but it was too much … volunteering is much better.”

AUSA President Anna Cusack said, “Anis was a wonderful Exec member”. Her role “will go to re-election”. There is also an AUSA staff member who specifically supports international students.

This round of resignations come after the Welfare Vice President and the Queer Rights Officer resigned in April. Cusack says the Exec are still “working hard to put in really positive structures for our organisation moving forward,” including filling the role of General Manager (renamed Association Manager) that was empty in 2017, and creating a non-binding Advisory Board to provide “specialist knowledge and advice” to the Executive. A New Engagement Vice President will be elected for 2019 “to make several roles more sustainable” and a 20-hour a week Welfare Support role will be created.